EXCLUSIVE: Janet Jackson resumes her World Tour with some new interesting outfit changes in Vancouver, Canada. Janet added an unusal Denim jacket and sweat pants combination to the outfit changes during The State of The World Tour in Vancouver, Canada. Janet made 4 changes including one tight black dance outfit, a leather outfit with cane to start of with and a casual denim jeans and white top to finish with. Janet was seen thanking all the special fans in Vancouver as well as putting on an energetic show for the crowd at Rogers Arena in Vancouver. 26 Sep 2017 Pictured: Janet Jackson. Photo credit: MEGA TheMegaAgency.com +1 888 505 6342 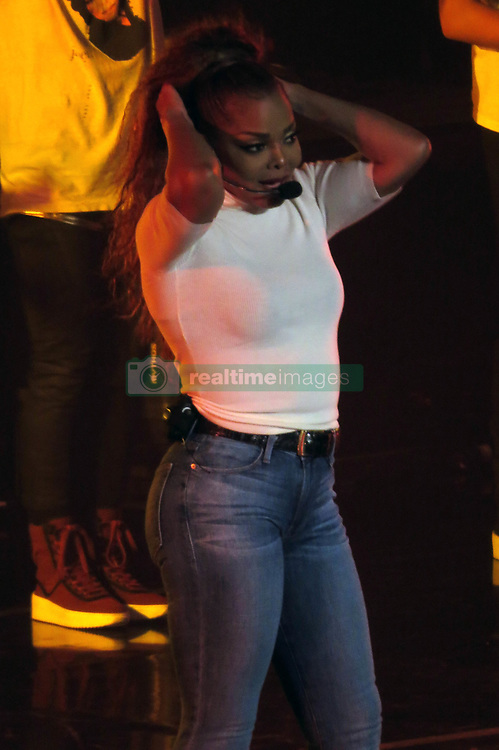