April 25, 2017 - Rome, Italy, Italy - Italian reporter and documentary filmmaker specializing in migrant issues Gabriele Del Grande speaks next to his wife Alexandra D'Onofrio, during a press conference at the Foreign Press association headquarter in Rome on April 25, 2017, after being released by Turkish authorities. Del Grande, who was arrested by Turkish authorities on April 9, 2017 close to the border with Syria and afterwards transferred to a migrant center in the city of Mugla, has been freed after two weeks in detention. (Credit Image: © Cosimo Martemucci/Pacific Press via ZUMA Wire) 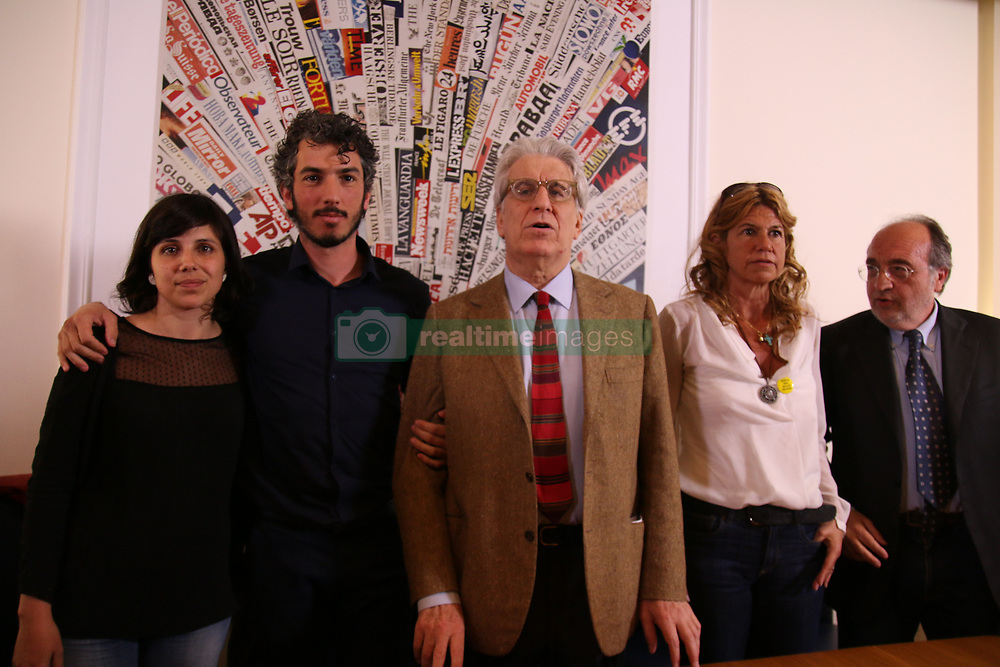