Rally To Support Of Ukrainians arrested In Russia

December 17, 2018 - Kiev, Ukraine - Ukrainians hold placards with portraits of Ukrainians who are arrested in Russia, during a rally in support of Ukrainian navy sailors which were seized by Russia during the Kerch Strait incident on 25 November, and in support other Ukrainian political prisoners jailed in Russia, on the Independence Square in Kiev, Ukraine, 17 December, 2018. Tensions between Ukraine and Russia rose on 25 November, when Russian forces seized three Ukranian navy vessels with Ukrainian navy sailors. Ukrainian Parliament voted on 26 November for accepting of the state of martial law in regions close to the Black and Azov seas and along of the border with Russia for a period 30 days. (Credit Image: © Str/NurPhoto via ZUMA Press) 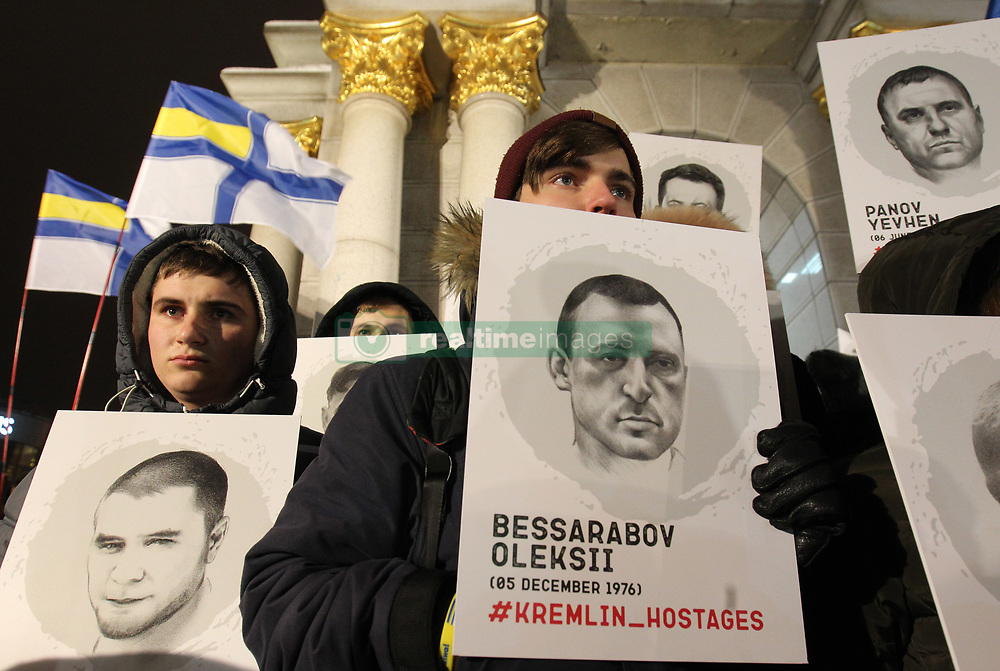