Couple Uncover Stunning Bath Under The Floor Of Their Home Office

A couple in the US have uncovered a beautiful hidden Roman-esque bath under the floor of their home office.

Mark Ronsman, 39, and his wife Jenny, also 39, bought their home almost three-and-a-half years ago and had been told there was once a hot tub in one of the rooms.

"The elderly woman who sold us the house told us it was there," Mark Ronsman told Insider.

"She had gotten older and stopped using it on any kind of regular basis, so she got much more use out of it as an office."

The couple wasted no time in pulling up the cover and unearthing the hot tub, but it's only been during the recent lockdown that they've had the extra time on their hands to set about getting it up and running.

"It was impossible to imagine what it would look like," he added.

"I was very excited to see how bad or good it might be."

Mark had to be careful as he pulled up the wood covering that sat on the tub.

"I didn't want to damage the tub while tearing apart this platform in there," he said.

"I tried to take out as many screws naturally as I could, but some things needed to be cut apart."

"I started by just using a hole saw so I could make a few holes and peek through."

"After I understood how it was all put together, I ended up just cutting out a big square in the middle so I could get at it," he said of the process.

The larger square allowed him to see more of the tub.

"We were truly shocked and overjoyed that something so beautiful was in our house," Mark continued.

"The tile was just beautiful! I was also truly grateful to discover the previous owners took such great care that what they did could be reversed."

"We never expected it to be so big and deep," he added.

Mark and Jenny have spent some time during lockdown clearing up the tub and fixing some minor repairs but sadly the tub still isn't functional yet, as the couple discovered they need to replace one of the water pumps after t 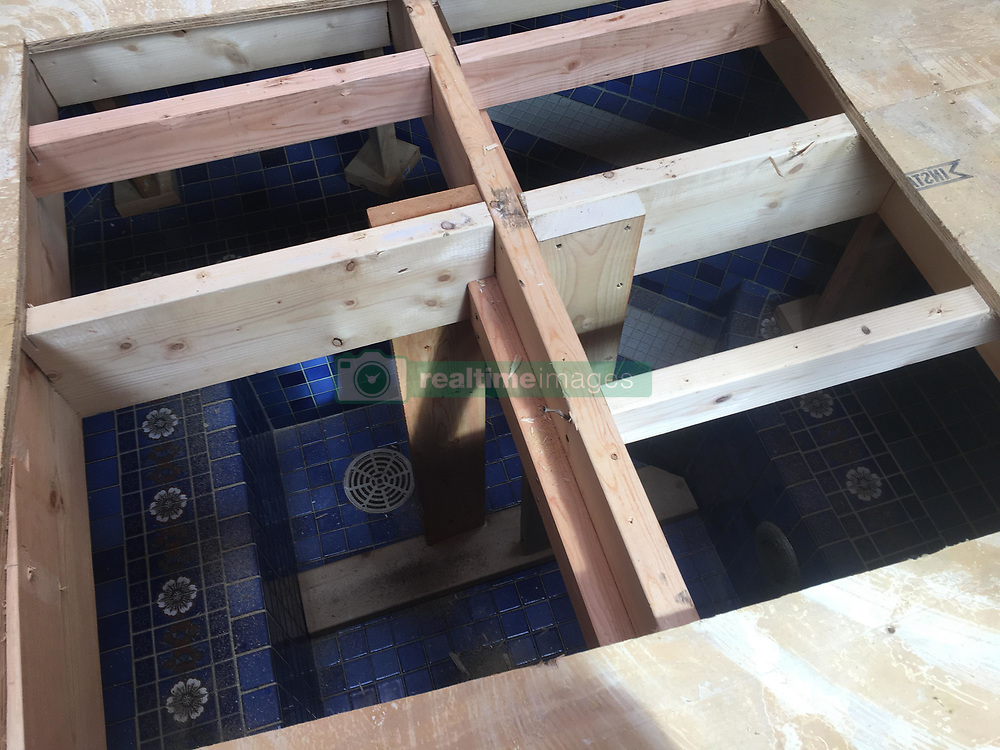