April 21, 2016 - File - PRINCE ROGERS NELSON (June 7, 1958 - April 21, 2016) has died, age 57, at his Paisley Park home and studio in Minnesota. It was reported earlier that police had been investigating a fatality there. Prince was hospitalized last week after his plane for was forced to make an emergency landing in Moline, Illinois. A rep said had been battling a bad case of the flu. Pictured: January 3, 1985 - Atlanta, Ga., U.S. - Prince in concert during the Purple Rain Tour at the Omni International Arena. (Credit Image: © Cherie Diez/Tampa Bay Times via ZUMA Wire) 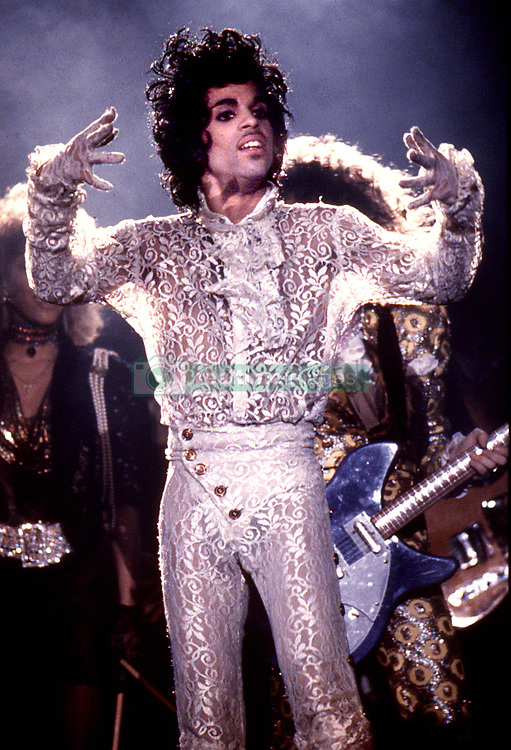