October 22, 2016 - Bangkok, Bangkok, Thailand - Mourners dressed in black gathers around the Grand Palace while carrying several portraits of the king as they wait to perform the Royal Anthem at Sanam Luang in Bangkok, Thailand on October 22, 2016. More than 100.000 mourners from across Thailand came during the long week end holiday to sing the Thai Royal Anthem to pay respect to the late Thailand King Bhumibol Adulyadej who passed away on October 13, 2016 at Siriraj Hospital. Thai King Bhumibol Adulyadej was the world's longest reigning monarch and died at the age of 88 after a long illness since several years, he was the most unifying symbol for Thai people and leaving behind him a divided country under military control. (Credit Image: © Guillaume Payen/NurPhoto via ZUMA Press) 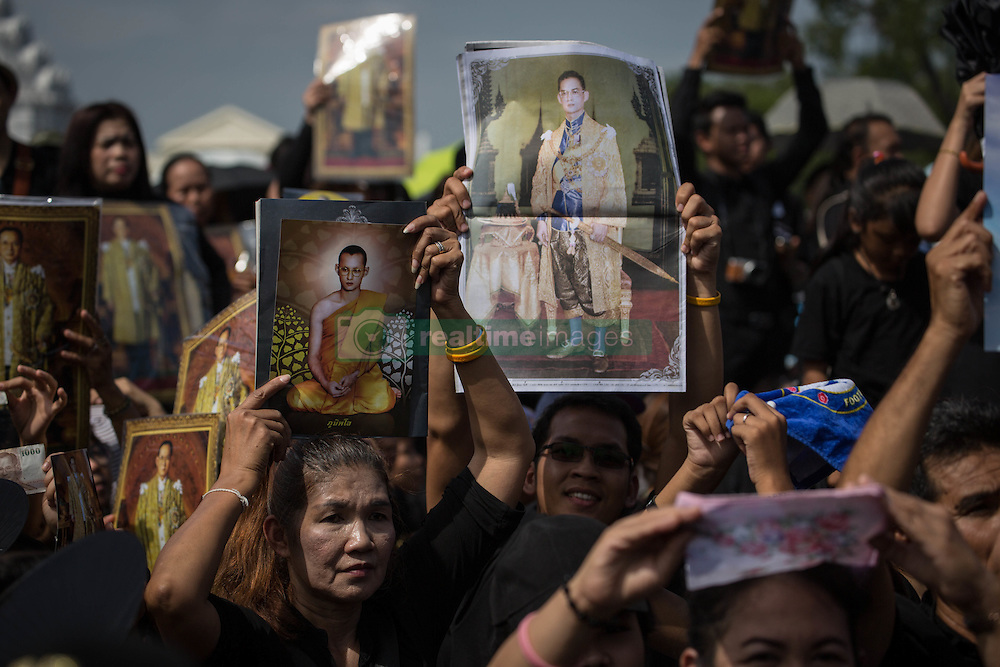