NEWS COPY PICTURES AND VIDEO.SHOCKING video captures moment thief breaks into home and takes woman's underwear.. .Peach, a twenty one year old student at Chonburi University, Thailand became detective after she noticed that items of intimate underwear were going missing from her clothes line.. .Peach, who doesnâ€™t want to reveal her full name said: â€after some items had gone missing I decided to aim the house security camera at the area where we dry our clothes. Sure enough, the camera picked up a shirtless man in shorts taking my knickers and inhaling from themâ€..Peach shares the house with six other females and they are all scared â€“ especially as neighbours have experienced the same problem.. .Peach concluded; â€œitâ€™s not the cost that worries me as my knickers only cost 35 baht (about 80 pence) from the market â€“ itâ€™s just that we are all scared of what he might do nextâ€. .However, the thief does not attempt to enter the house and runs away after the thefts. Police are investigating..Â©Exclusivepix Media (Credit Image: © Exclusivepix media via ZUMA Press) 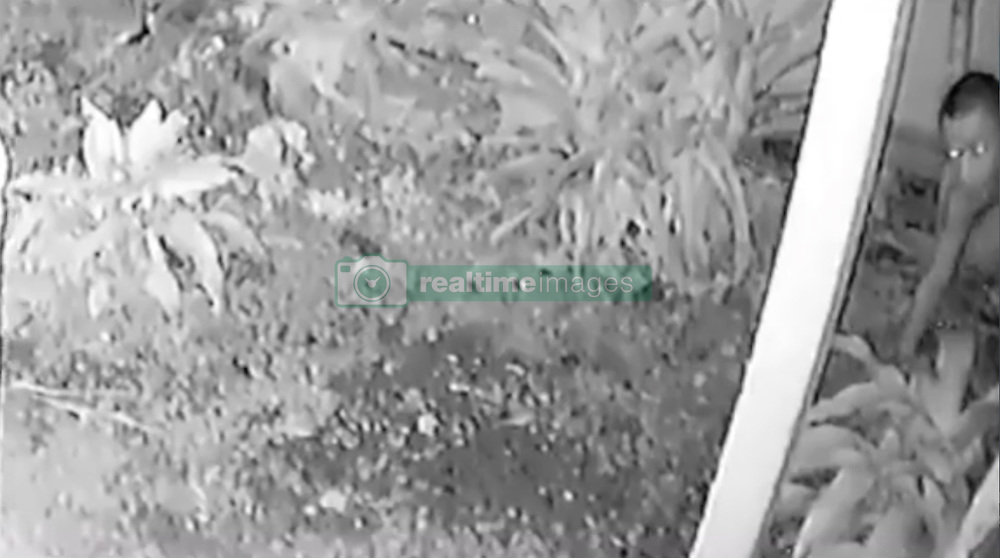