One unsuspecting fisherman caught one heck of a lobster weighing in at 14 pounds while on a fishing trip in Bermuda.
The massive crustacean was caught 'by accident' as Tristan Loescher was out fishing for snapper,

Loescher reeled in the mammoth lobster while on the Sanctuary Marine Bermuda's charter boat, the station reported.

A storm surge was expected to raise water levels by six to eight feet above normal tides, and five to eight inches of rain are expected to fall over the island through Thursday evening, Fox reported.
After Loescher took photos of the Giant Spiny lobster, it was released safely back into the ocean.

It's unclear how old the lobster is, but marine experts say they can live to be about 70 years old

The largest lobster ever caught weighed 44 pounds and was captured in 1977, according to the Guinness Book of World Records.
That giant lobster was caught off the coast of Nova Scotia, Canada.
The average weight of most lobsters for sale are between one and three pounds.

For years the largest lobster ever caught that weighed around 20 kg in 1977 off the coast of Nova Scotia, Canada.
Sanctuary Marine Bermuda/Exclusivepix Media 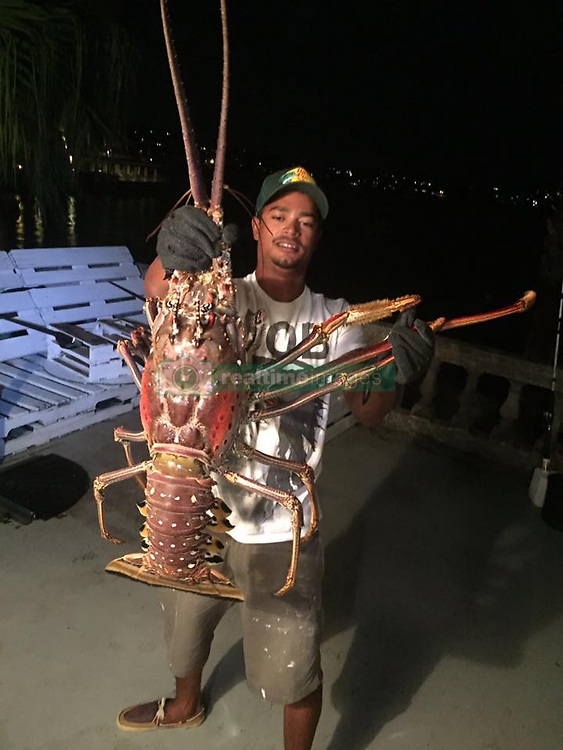