October 9, 2018 - Abu Hossam Al-'Adini, 70, harvest olives with his sons in his olive field on the east of Deir al-Balah, in the central Gaza Strip, where he has been farming over the last 60 years. The olive harvest is a very important time in the Palestinian calendar, with olives being the mainstay of the Palestinian economy: yet olive growers in the Gaza Strip have been facing great challenges linked to the constant Israeli hostilities and an 11-year-long blockade on Gaza. Since the breakout of the Al-Aqsa Intifada in 2000, and throughout the 2006, the 2008-9, and the 2014 major Israeli military offenses, Israeli authorities have destroyed thousands of acres of olive groves, while those fields situated near the border with Israel are inaccessible to farmers also during small-scale Israeli military actions. The shortage of power supply in Gaza means that generators need to be used to power the olive oil extractors which survived the latest Gaza wars with Israel, but the fuel to make them function is very expensive. Moreover, with a crippling economy and huge unemployment not many Gazans can afford to purchase great amounts of olives and olive oil, while exports are often subject to Israeli restrictions (Credit Image: © Ahmad Hasaballah/IMAGESLIVE via ZUMA Wire) 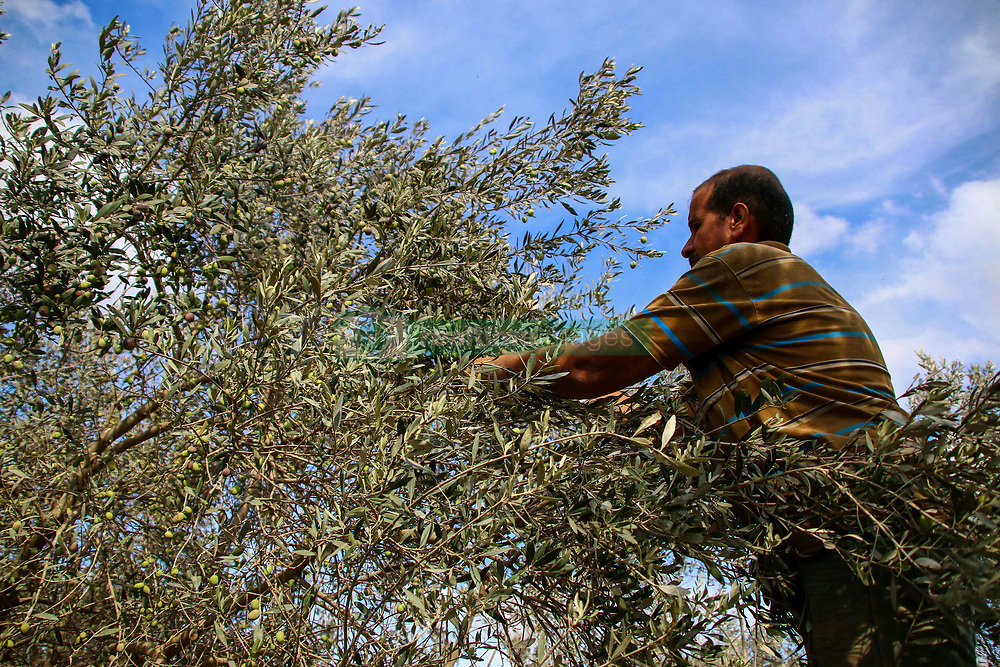