April 4, 2017 - Hatay, Turkey - Men in masks and hazmat suits push a boy to the hospital on a gurney. At least 58 people have been killed and dozens wounded in a suspected chemical attack on a rebel-held town in north-western Syria, a monitoring group says. Around 30 Turkish ambulances gathered at the border in Hatay province for medical evacuation of victims after Syria toxic gas attack, to be brought to Turkey. (Credit Image: © Ferhat Dervisoglu/Depo Photos via ZUMA Wire) 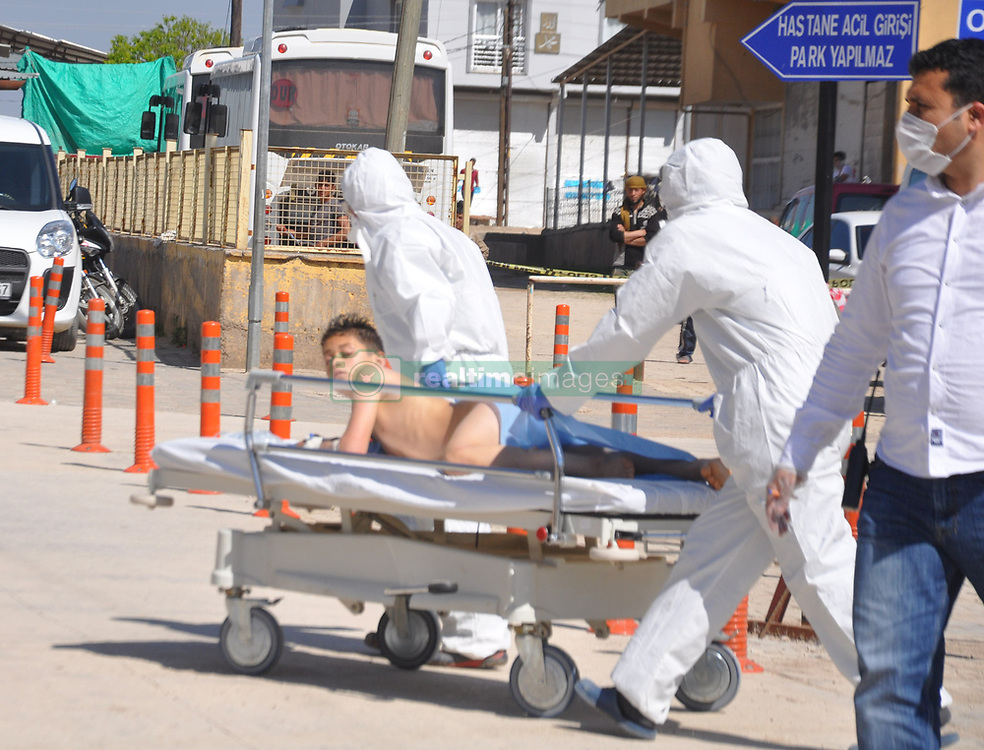