Jun 5, 2017 - Arizona - For many immigrants, serving in the U.S. Army is a way of giving back to the nation that has given them a better life and helped to make their dreams become reality. It's a selfless service that makes the Army a unique melting pot of soldiers from many diverse races and nations. Part of this group is Army Sgt. Erick Fernandez, a recruiter for Tempe Company, Phoenix Recruiting Battalion. Fernandez was born and raised in Panama and left for the United States at age 18, leaving behind his family. Fernandez, 39, was born in Panama City at a time when the U.S. had a major presence in the area, something he was fortunate enough to be closely associated with.'My father was one of the first Panamanian teachers to teach on one of the American bases there, so I grew up in an environment around soldiers,' Fernandez said. "My father was a physical education teacher, so I would play baseball in leagues on base with the soldiers. PICTURED: Army Sgt. Erick Fernandez refuels a UH-60 Black Hawk helicopter assigned to the 1-228th Aviation Regiment at Puerto Castilla, Honduras, Nov. 19, 2013. Fernandez spent a year stationed in Honduras before becoming a recruiter with Phoenix Recruiting Battalion. Air Force photo by Capt. Zach Anderson (Credit Image: ? Zach Anderson/Air Force/DoD via ZUMA Wire/ZUMAPRESS.com) 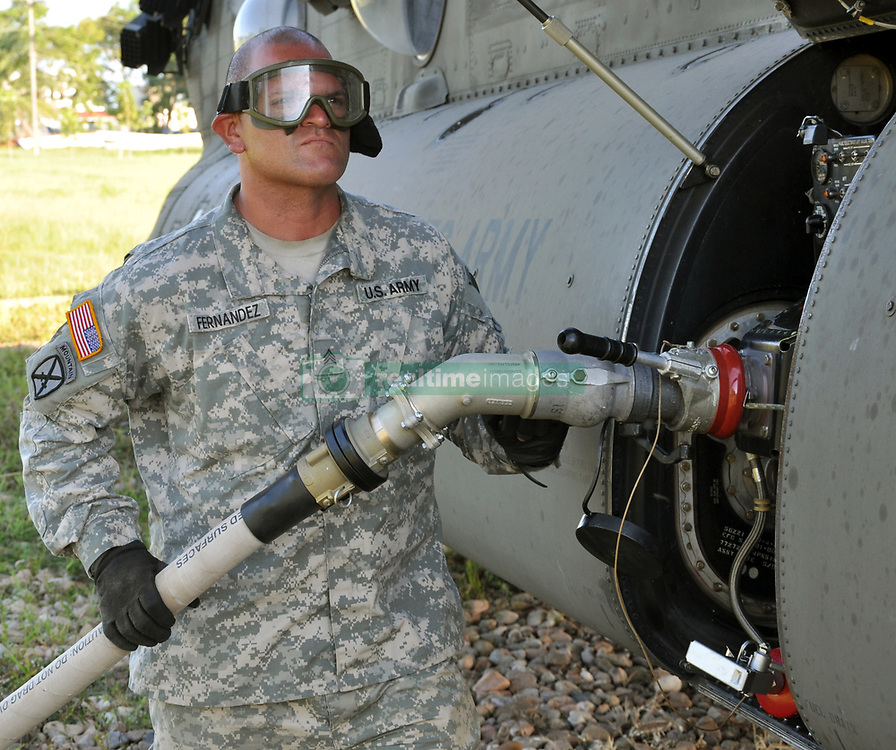