Palestinians are injured during “March of Return” protest in Gaza

April 13, 2018 - Clashes erupt between Palestinian demonstrators and Israeli Security Forces east of the southern city of Khan Yunis, near the Gaza Strip border with Israel. Palestinians were demonstrating as part of the â€œLong March of Returnâ€ events, for the third consecutive Friday. A number of Palestinians were injured by live ammunition and tear gas fired at them by Israeli soldiers. The Long March of Return is a series of mass protests, along the Israel-Gaza border, intending to highlight the right to return for Palestinian refugees and their descendants to their ancestral lands in what is now Israel, and to call for the lift of the more of a decade-long blockade imposed by Israel on the Gaza Strip (Credit Image: © Ahmad Hasaballah/IMAGESLIVE via ZUMA Wire) 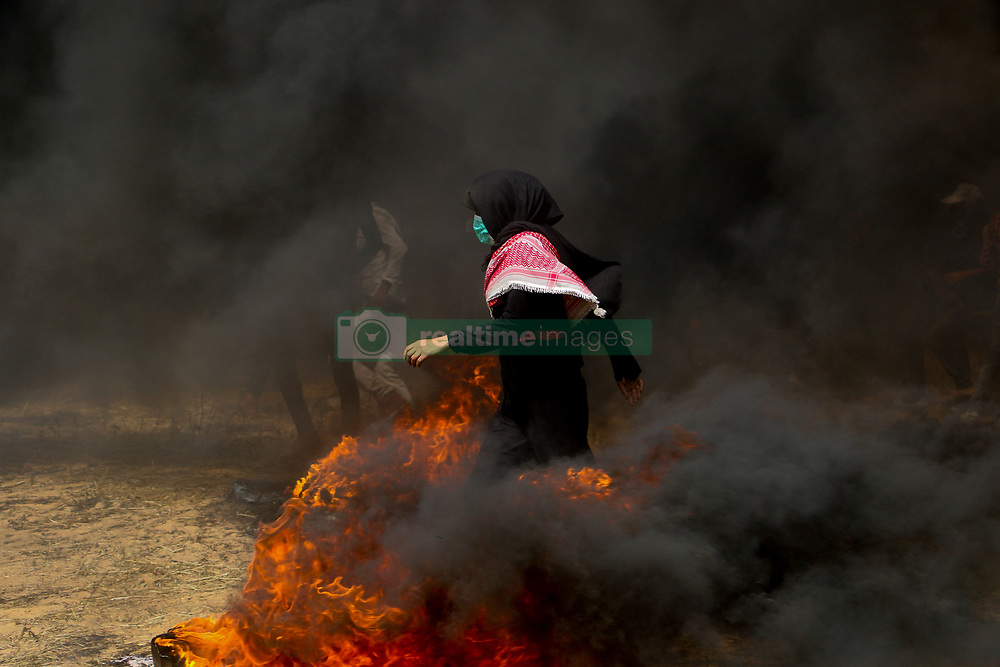