The Most Reverend Dr. Thabo Makgoba (centre with arms folded) and other Religious Leaders stand together in silent protest on the steps of St. George's Cathedral in Cape Town. 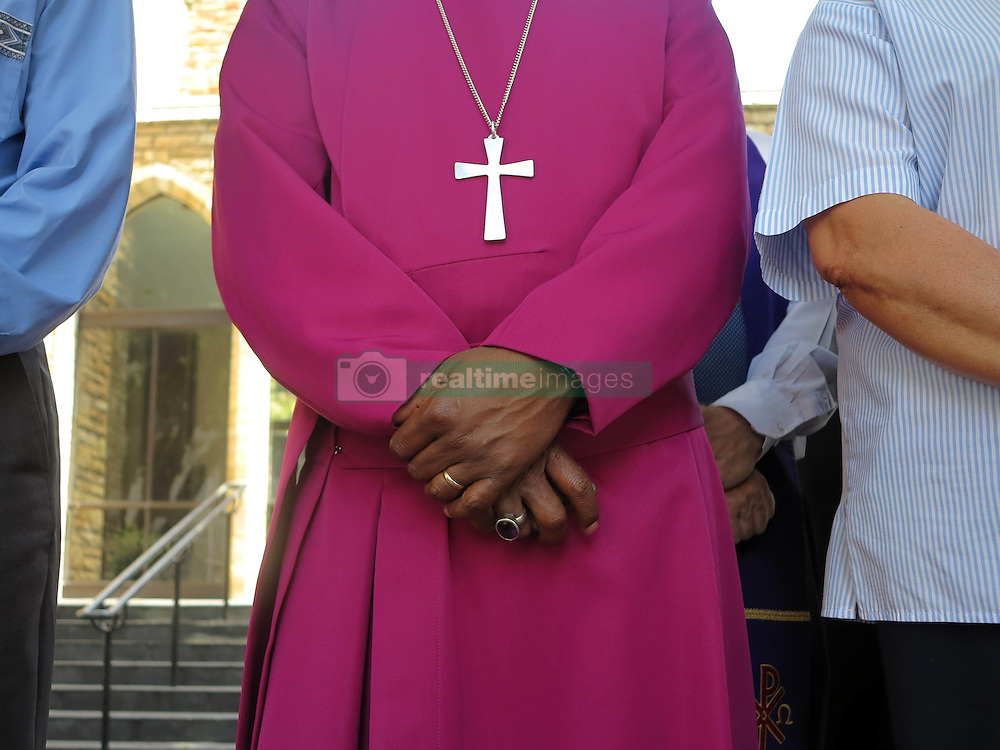