August 26, 2017 - Rockport, Texas, U.S. - ROBERT ZBRANEK stands near his boat, Sweet Mother of Pearl, which sank in the violence of Hurricane Harvey hitting the gulf coast. Zbranek initially rode out the category four storm in the boat but as the storm grew in intensity, the winds caused the boat to wreck into the pier and ruptured the side of the boat. He got out and sought shelter in his car until daybreak. Zbranek also owns two other boats but was using the one that was damaged as his personal craft. (Credit Image: © San Antonio Express-News via ZUMA Wire) 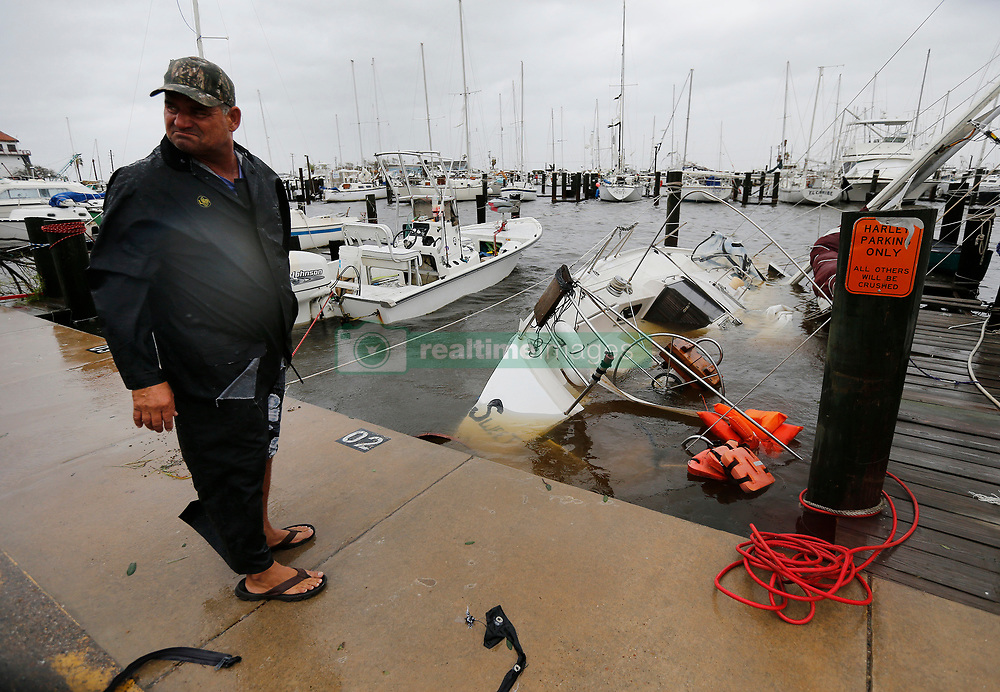