October 9, 2017 - Santa Rose, California, U.S. - Parts of northern California have been ravaged by intense and fast-burning wildfires that broke out on October 8, 2017. Blazes that started on a few hundred acres around Napa Valley were fanned by strong northeasterly winds, and by October 10, the 14 fires had consumed as much as 100,000 acres (150 square miles) of land. States of emergency have been declared in Napa, Sonoma, Yuba, and Mendocino counties, and thousands of people were asked to evacuate. The densely populated "wine country" is famous for its vineyards and wine-making operations and the tourists they attract. In the late morning of October 9, the Moderate Resolution Imaging Spectroradiometer (MODIS) on NASA's Terra satellite acquired a natural-color image (top) of the smoke billowing from the fires. About two hours later, the MODIS instrument on NASA's Aqua satellite captured the second view. (Credit Image: © NASA Earth/ZUMA Wire/ZUMAPRESS.com) 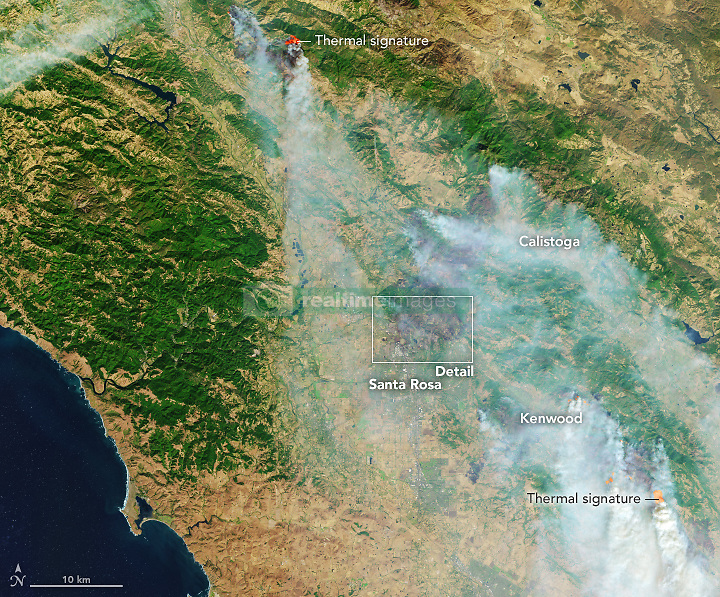