only life-sized LEGO Harley Davidson ever made

Ryan ‘The Brickman’ McNaught unveiled his never-seen-before, tallest LEGO model in the Southern Hemisphere - a NASA SLS rocket, which stands at a whopping 7.5 metres tall, ahead of the opening of Brickman Awesome on Boxing Day at the ICC Sydney, Convention and Exhibition Centre. Brickman Awesome will be made up of 38 never-seen-before LEGO models, totalling more than 1.5 million bricks and clocking up more than 4,500 hours of build-time! Brickman Awesome will showcase the only life-sized LEGO Harley Davidson ever made and the largest ever LEGO Caterpillar 797 dump truck! Adding to the awesome-ness is a full-sized LEGO Australian saltwater crocodile, weighing over 60kgs and built using more than 40,000 LEGO bricks. Ryan ‘The Brickman’ McNaught is the only LEGO Certified Professional in the Southern Hemisphere and one of only 14 in the world. 21 Dec 2017 Pictured: only life-sized LEGO Harley Davidson ever made. Photo credit: Richard Milnes / MEGA TheMegaAgency.com +1 888 505 6342 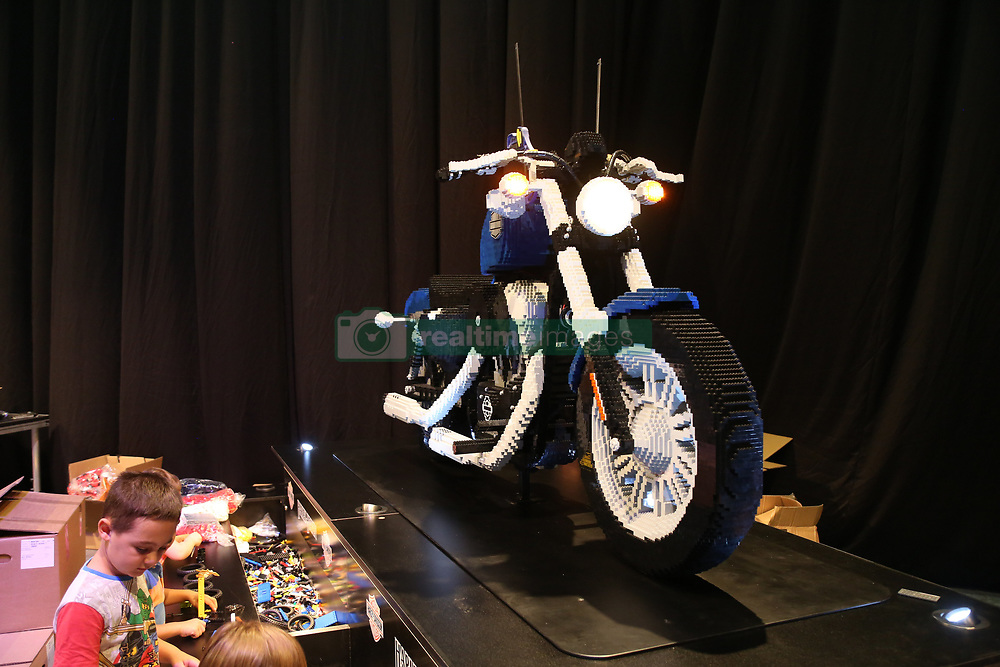