December 17, 2018 - Kiev, Kiev, Ukraine - Protesters are seen holding a banner and portraits of Ukrainians captured and imprisoned by Russians during the rally..Ukrainians held the rally in support of the 24 Ukrainian navy sailors who were seized by the Russians during the Kerch Strait incident on 25 November 2018, and other Ukrainian political prisoners in Russia, Crime and the conflict zone of the East of Ukraine. On November 26 Ukrainian Parliament voted for accepting of the state of martial law for 30 days in 10 regions that border Russia, the Black Sea and the Azov Sea. (Credit Image: © Pavlo Gonchar/SOPA Images via ZUMA Wire) 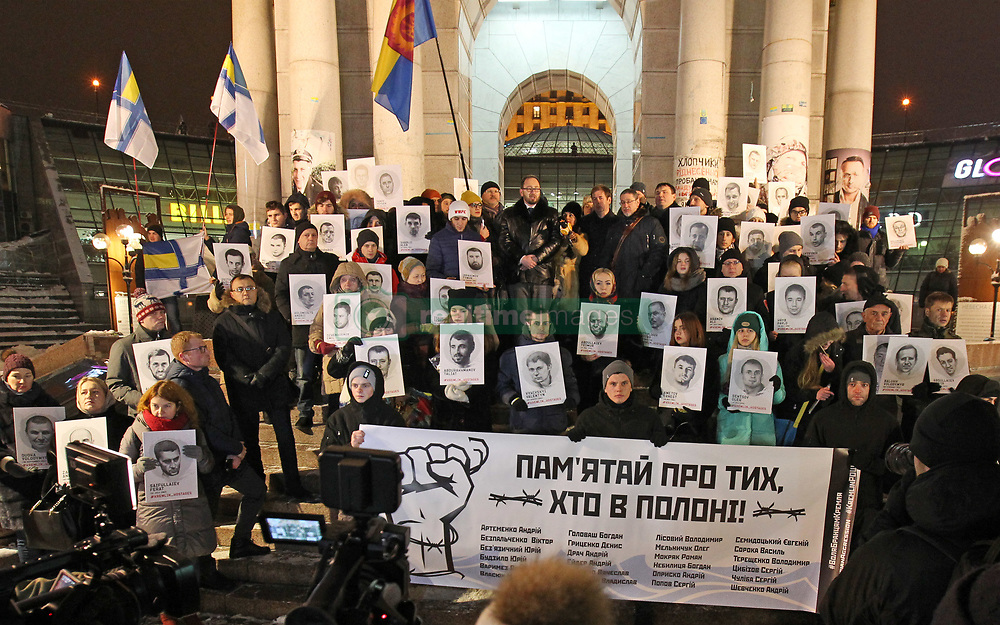