Joaquin Phoenix in full joker costume and make-up is seen running at full speed while filming an intense scene where he is being pursued by costars Shea Whigham and Bill Camp who will be playing two Gotham Police Detectives for the upcoming JOKER movie. The scene involved a dangerous stunt where Joaquin's Stunt Double took a nasty hit by a taxi while filming under an elevated train station in the Bronx. Later in the day Joaquin was off his Joker costume and shot some gritty looking scenes as his other character known as "Arthur Fleck". 18 Nov 2018 Pictured: Joaquin Phoenix. Photo credit: LRNYC / MEGA TheMegaAgency.com +1 888 505 6342 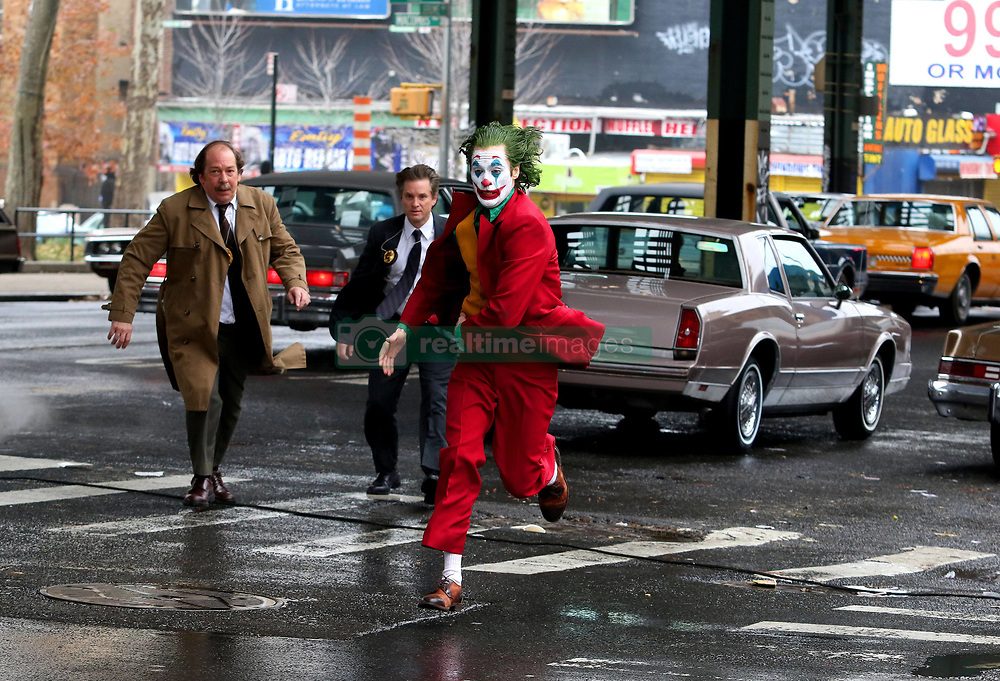