April 17, 2018 - Caracas, Venezuela - A protester seen holding up a placard during the demonstration..National protest in the health sector for lack of medicines and demanding an increase in salaries. The protest was called by the health association (FETRASALUD in spanish) at the national level. Doctors and staff working in hospitals protested in front of each health center demanding an immediate solution to the crisis affecting the public health system in Venezuela (Credit Image: © Roman Camacho/SOPA Images via ZUMA Wire) 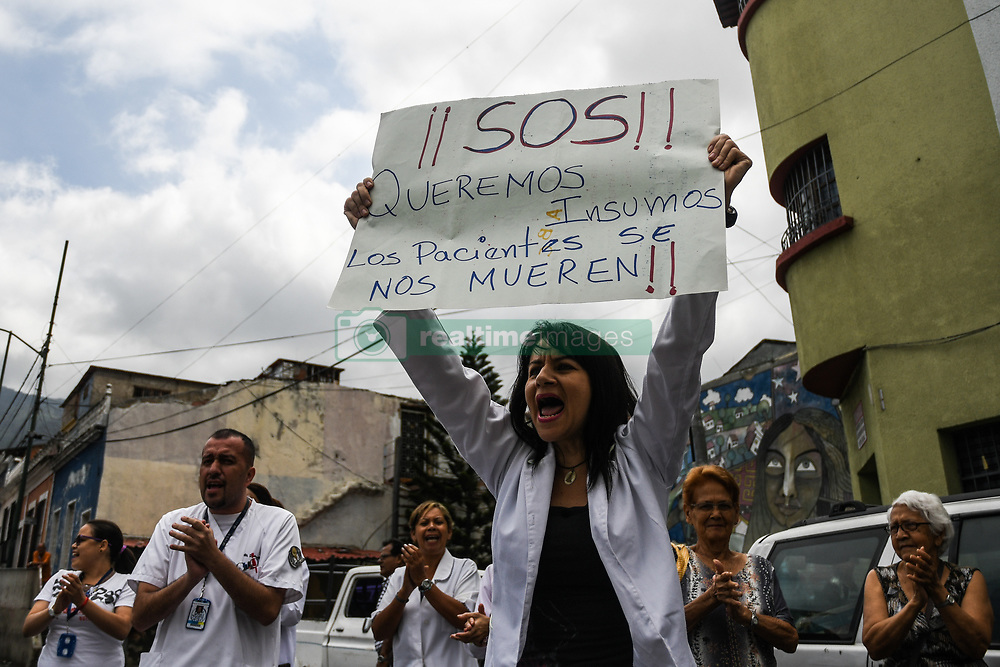