May 24, 2017 - MADHYA PRADESH, INDIA - MADHYA PRADESH, INDIA - MAY, 22, 2017 : 17-months-old toddler pictured with police constable during his general check-up at district hospital in Damoh district of Madhya Pradesh, India.....He was spotted crying and consuming his mumâ€™s milk unaware she is lying dead on a railway track. The spectators of the incident were left emotional to see the mum-child bond and some even could not step themselves from shedding tears. ....The child was taken to District Hospital for general check-up and Child Welfare Committee was informed to make arrangements for the child to be sent to an orphanage.....Pictures supplied by : Cover Asia Press (Credit Image: © Cover Asia Press/Cover Asia via ZUMA Press) 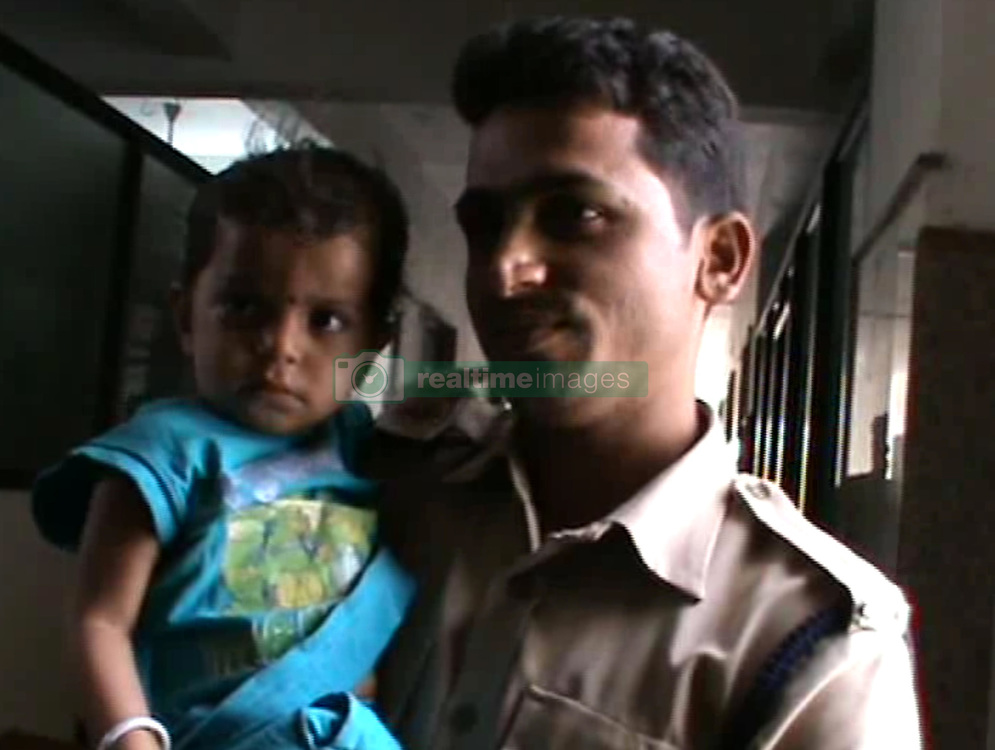