June 10, 2017 - London, UK - London, UK. 10th June 2017.The crowd stops outside the gates of Downing St to shout against all bigotry, in particular calling on Theresa May not to make any pact with the DUP with their close links to paramilitary terrorists and disregard for human rights. They crowded around the gates of Downing St, which were defended by barriers and a line of police, shouting slogans for around a quarter of an hour before marching to Trafalgar Square and then back down Whitehall to Parliament Square where I left them. Peter Marshall ImagesLive (Credit Image: © Peter Marshall/ImagesLive via ZUMA Wire) 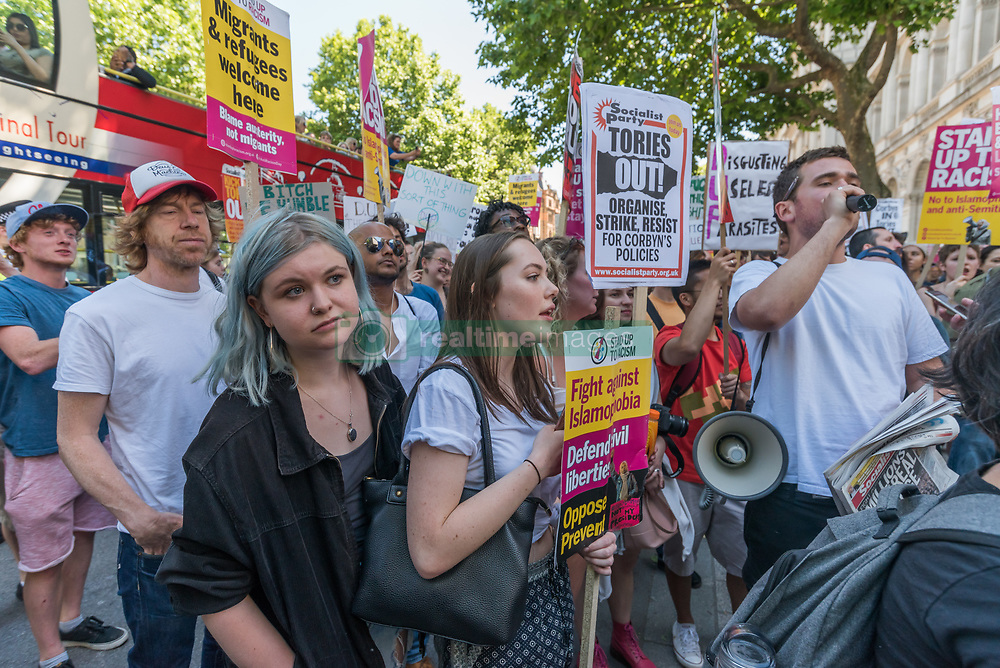