September 30, 2018 - Thessaloniki, Greece - Protest against FYROM (Macedonia) name change takes place in Thessaloniki city, capital of Macedonia province in Greece as same time people in FYROM (Macedonia) head to the polls to vote for the referendum on their countryâ€™s name change to Northern Macedonia after having a deal with Greece. The officially name of this Balkan state will change from FYROM, Former Yugoslav Republic Of Macedonia to the Republic of North Macedonia, bearing a similar name to a region in Greece. Greece asked for constitutional change and clearing territorial expansionist ambitions in exchange of the name recognition and an invitation for EU and NATO. Protesters happily ended the protest with the first exit polls, showing abstention of the polls greater than 50%, fact that the referendum can not be valid. Sunday 30 September 2018 - Thessaloniki, Greece (Credit Image: © Nicolas Economou/NurPhoto/ZUMA Press) 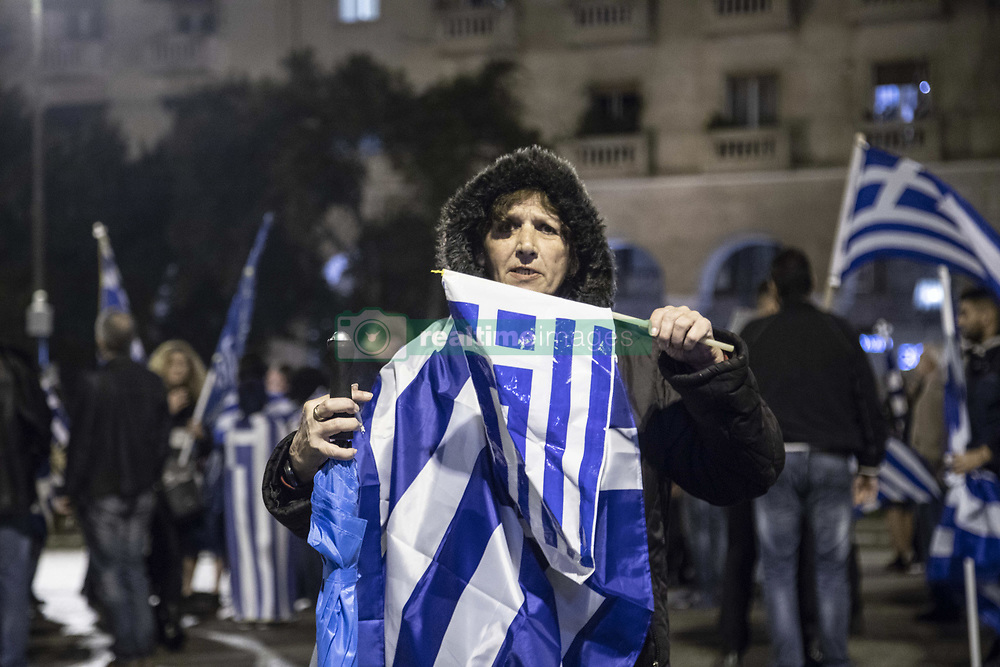