No Coalition of Chaos with the DUP, London, UK

June 17, 2017 - London, UK - London, UK. 17th June, 2017. Paula Peters of DPAC and protest organiser Owen Jones at the Downing St protest calling on Theresa May to resign. Mostly made up of vocal supporters of Jeremy Corbyn, buoyed up by the election results which showed him to be eminently electable, there were speeches by Labour MPs Marsha De Cordova who gained Battersea from the Conservatives, Rupa Huq who greatly increased her tiny majority and Shadow Education Secretary Angela Rayner. There were others who spoke about the DUP, as a party intrinsically linked with Protestant terrorist groups and dominated by a homophobic church which represents a tiny minority of the Northern Irish population, Northern Irish women campaigning for abortion and other women's rights, DPAC who spoke about the Tory assault on the disabled and others. Peter Marshall Images Live (Credit Image: © Peter Marshall/ImagesLive via ZUMA Wire) 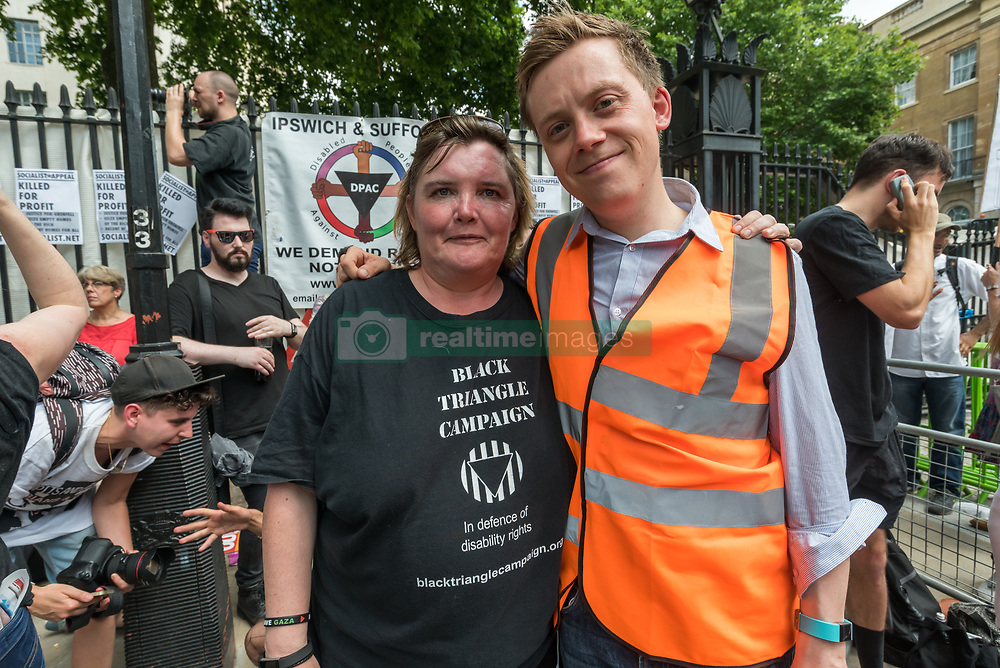