May 31, 2017 - Istanbul, Turkey - Istanbulâ€™s Bosphorus Strait was closed to traffic on May 31 due to the transiting of the Pioneering Spirit vessel, which will carry out the construction of the Turkish Stream natural gas pipelineâ€™s offshore section. Ferry lines have also been suspended. It arrived at the Ã‡anakkale Strait early on May 30, according to the vesselâ€™s Swiss owner, Allseas. Officials from Allseas told state-run Anadolu Agency the vesselâ€™s final destination would be Anapa on the northern Black Sea coast in Russia, where the first pipe-laying for the Turkish Stream project will start. The 382-meter-long and 124-meter-wide vessel is expected to arrive in Anapa on June 2. A shipping data revealed that a Maltese-flagged ship departed from the Netherlands on May 13. (Credit Image: © Ali Aksoyer/Depo Photos via ZUMA Wire) 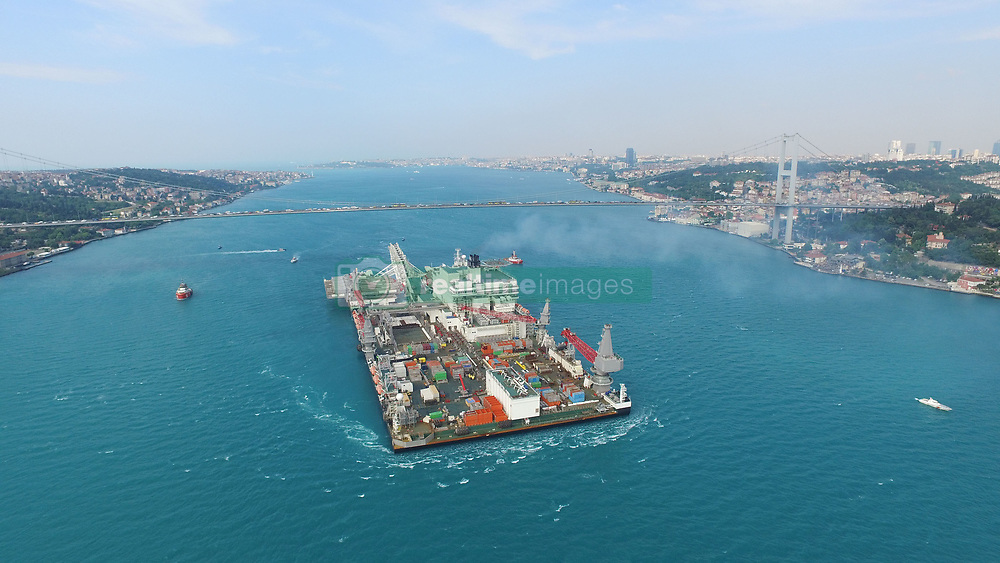