December 17, 2018 - Bangkok, Bangkok, Thailand - Shoppers use an airconditioned walkway to go from Siam Discovery Mall to Siam Center Mall, both upscale malls in central Bangkok. According to Credit Suisse Global Wealth Databook 2018, which surveyed 40 countries, Thailand has the highest rate of income inequality in the world. In 2016, Thailand was third, behind Russia and India. In 2016, the 1% richest Thais (about 500,000 people) owned 58.0% of the Thailand's wealth. In 2018, they controlled 66.9%. In Russia, those numbers went from 78% in 2016, down to 57.1% in 2018. The Thai government disagreed with the report and said the report didn't take government anti-poverty programs into account and that Thailand was held to an unfair standard because most of the other countries in the report are developed countries in the Organisation for Economic Co-operation and Development. (Credit Image: © Sean Edison/ZUMA Wire) 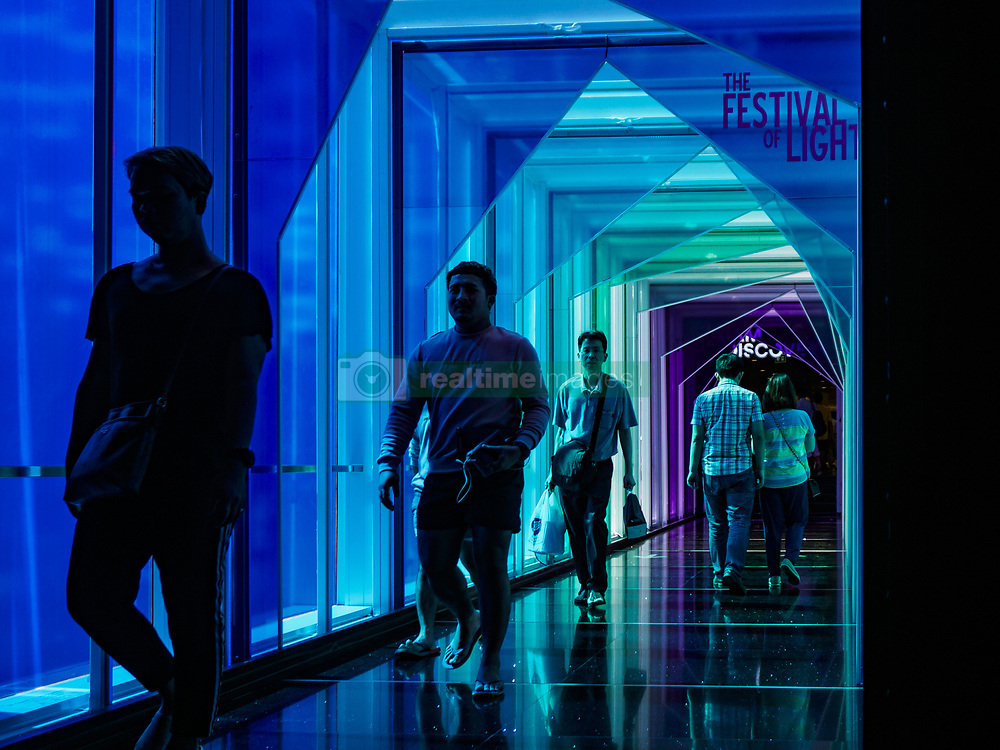