August 8, 2017 - New York City, New York, United States of America - Headed by Dr. Rev Phil Craig of Al Sharptonâ€™s National Action Network, a group of voters from Lefrak City in Queens allege irregularities and attempts to change the demographics of the votes in their district via a closure of their local voting office. The local office has been open for more than three decades, according to demonstrators. This is the latest in a series of rallies for â€œelection integrityâ€ that have popped up around the city from unconnected groups. The protest took place at 42 Broadway, near Wall Street. (Credit Image: © Sachelle Babbar via ZUMA Wire) 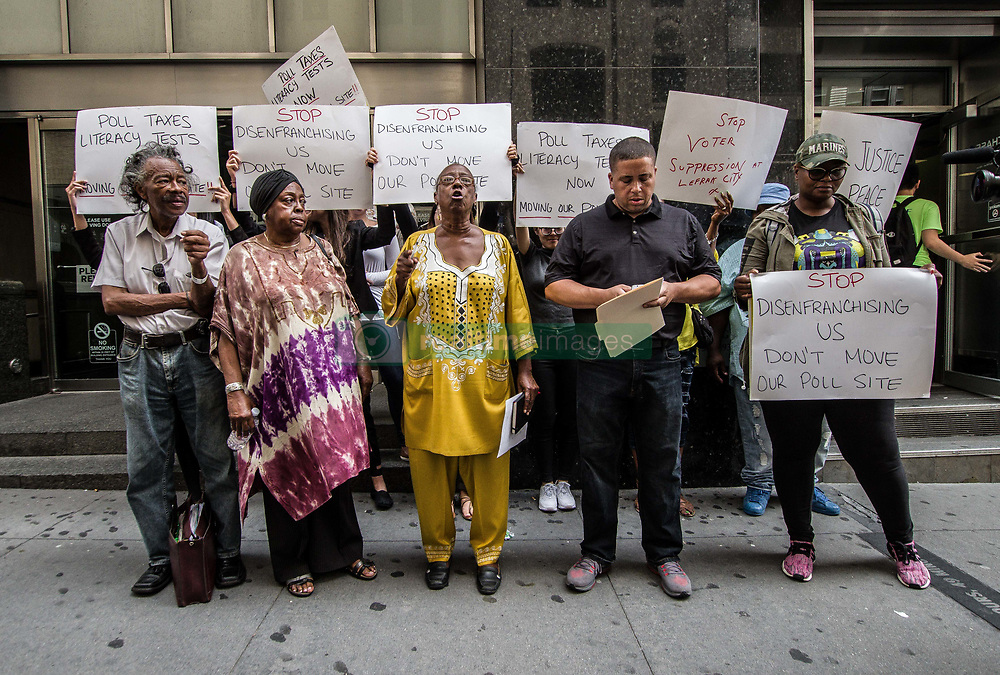