June 16, 2017 - Paris, France - La RÃ©publique en marche Â» candidate for France's lesgislative elections in Paris Gilles Legendre (C) attend a demonstration on the Place Maubert in Paris, on June 16, 2017, in support of LR candidate in the 2nd constituency of Paris Nathalie Kosciusko-Morizet, who was left unconscious the previous day after a clash with a protestor while out campaigning. Kosciusko-Morizet, widely known by her initials NKM, was insulted by a man while visiting a market in central Paris and then lost her balance when he tried to throw her campaign leaflets in her face, (Credit Image: © Michel Stoupak/NurPhoto via ZUMA Press) 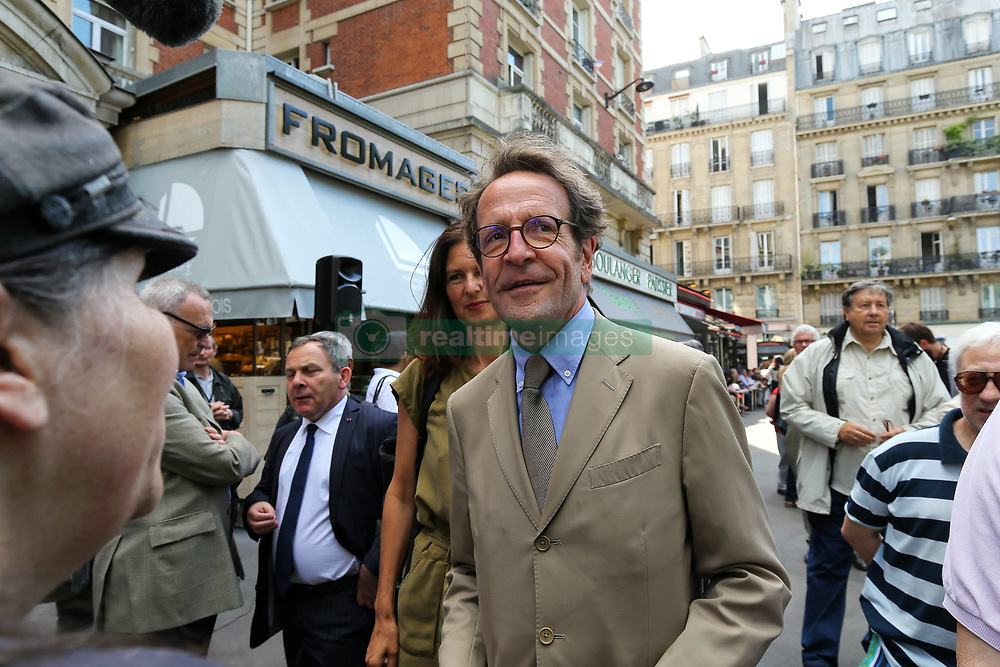