Prayers in Deir El-Garnouse for the Attack victims

May 28, 2017 - Deir El-Garnouse, Cairo, Egypt - Prayers in 'Deir El-Garnouse Coptic church , near Al-Minya for the victims of of a terrorist attack. The prayers used to made in the homes of each victims families ritually at the third day of their death but Ava Aghathon the Bishop of the church insisted to make it for all the victims families tigether in the church. Christians died when fighters of the terror militia group Islamic State, or Daesh opened fire on their bus. (Credit Image: © Ibrahim Ezzat/NurPhoto via ZUMA Press) 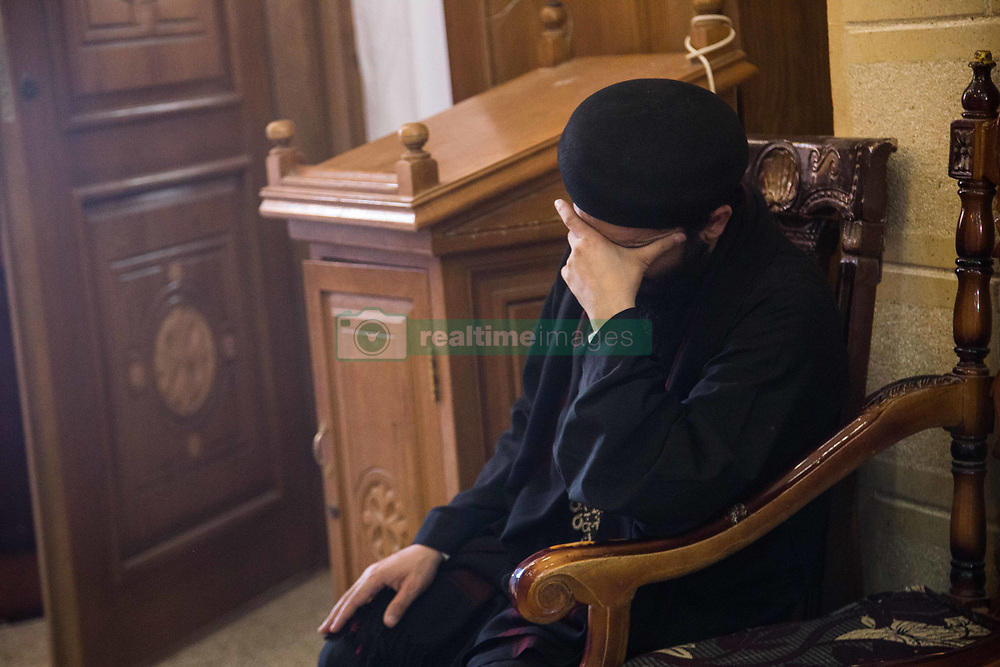