Demonstration against sexual abuse to women in Malaga, Spain - 26 Apr 2018

April 26, 2018 - Malaga, Spain - A woman holds up a placard that reads: ''Sister, I believe you'' as she takes part in a demonstration against the sexual abuse to women. Thousand of people take the street in Malaga to protest against the sentence of 9 years in prison to five men (known as 'La Manada') acussed of sexual group rape of an 18-year-old woman during the San Fermin Festival in 2016. (Credit Image: © Jesus Merida/SOPA Images via ZUMA Wire) 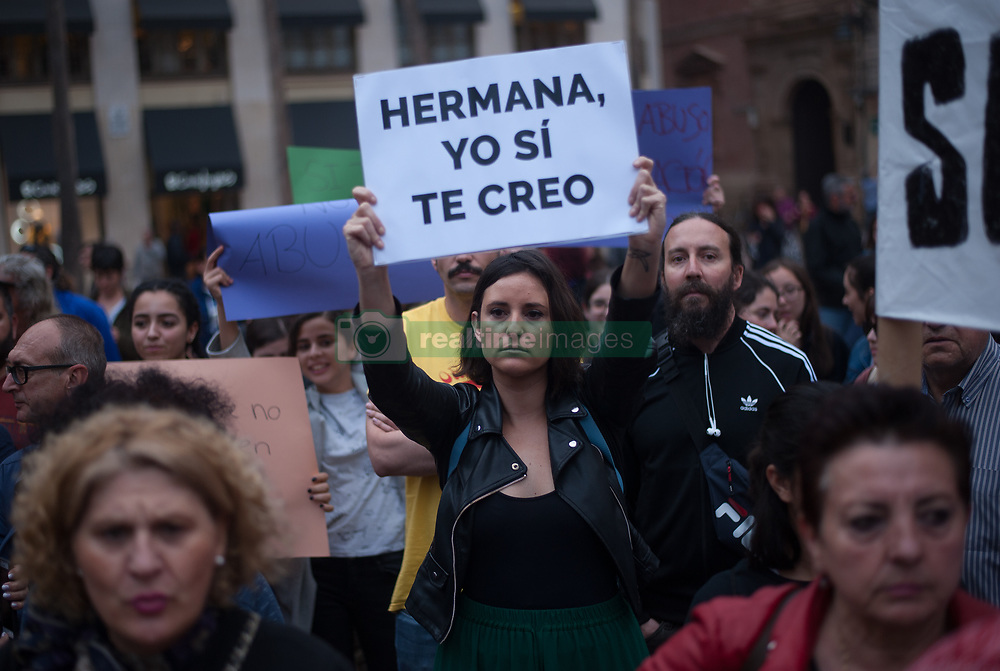