April 28, 2018 - London, UK. 28th April 2018. Unite workers pose with a large poster 'Remember the Dead. Fight for the Living' at the start of the International Workersâ€™ Memorial Day rally at the statue of a building worker on Tower Hill remembering all those killed at work, around 500 in the last ten years, mainly in the construction industry, as well as those injured, disabled and made unwell, almost all in preventable incidents. The actual number of work-related deaths is several orders of magnitude greater, estimated at over 150 per day, but the official figures only include those actually killed at work for which accident reports have been submitted - and not for example the 18,000 that die years after exposure from work-related cancers. The Government 'red tape initiative' has resulted in fewer and less rigorous safety inspections and the removal of many important safety checks that protect workers. At the centre of the event was a coffin with a pair of empty boots and a hard hat, and after the speeches by Peter Kavanagh, secretary London & Eastern Region Unite, Helen Clifford, a solicitor working on workplace deaths, Moyra Samuels of Justice4Grenfell and Gail Cartmel, Assistant General Secretary Unite, wreaths were laid and there was a period of silence before black balloons were released, one for each worker killed this year in the construction industry. Peter Marshall/Images Live (Credit Image: © Peter Marshall/IMAGESLIVE via ZUMA Wire) 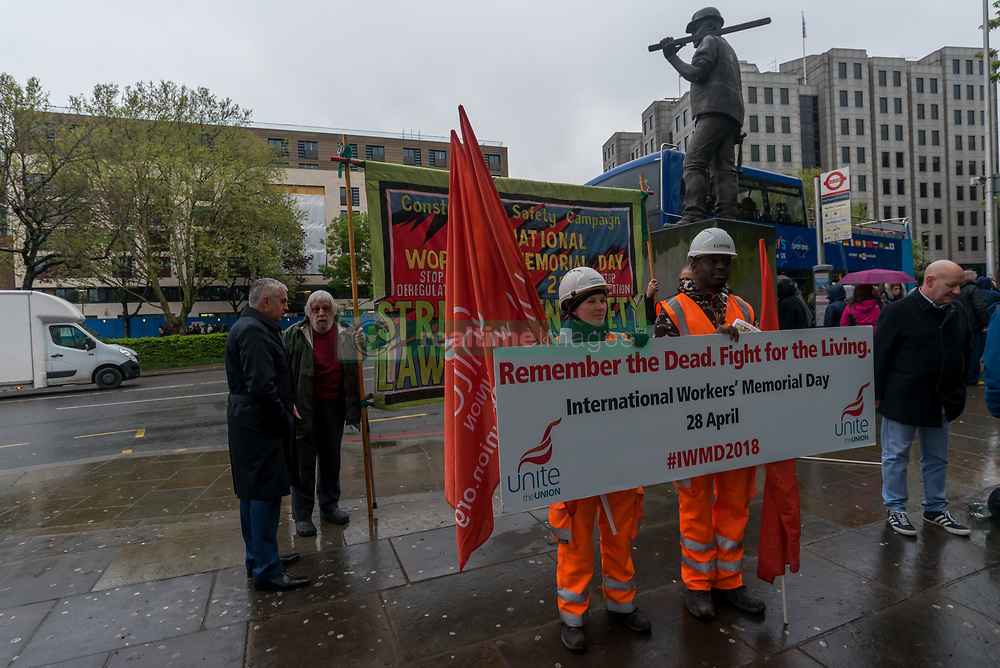