Fridays For Future protest in Barcelona, Spain - 24 May 2019

May 24, 2019 - Barcelona, Catalonia, Spain - Protesters are seen holding placards warning of climate change during the strike..Hundreds of protesters, mostly teenagers, have demonstrated in Barcelona ending the tour in front of the government palace where they have read the manifesto calling for urgent measures against climate change. The strike for the climate Fridays for future was inspired by a young teenager and Swedish activist Greta Thunberg, is seconded in almost 1,500 cities in 114 countries. (Credit Image: © Paco Freire/SOPA Images via ZUMA Wire) 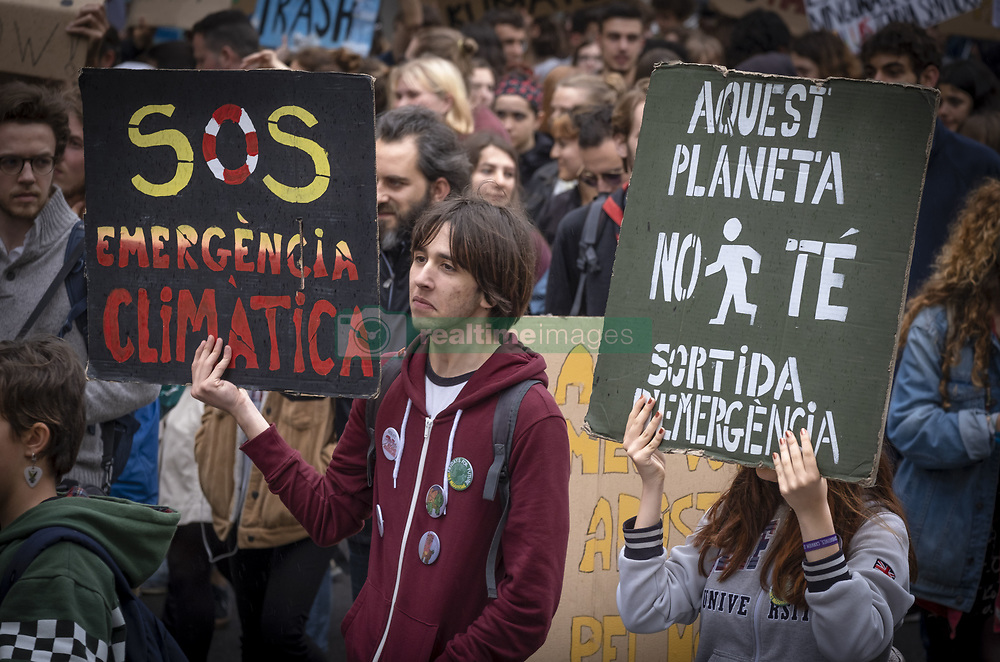