August 1, 2017 - Sao Paulo, Brazil - With the slogan ''SÃ£o Paulo is not for sale'', protesters linked to leftist parties like PT, PCdoB and PSOL, made a protest in front of the SÃ£o Paulo City Hall on Tuesday afternoon against the management projects Of the mayor JoÃ£o Doria (PSDB) of concession and privatization..Mayor JoÃ£o Doria has already sent four concession projects to the Chamber, two of which (Pacaembu stadium and concessions package) were approved in the first vote and should be voted on Monday in this semester. Last week, the Chamber held the first series of public hearings on the design of the concessions package that includes the Single Ticket, bus terminals, parks, markets, bicycle sharing, tow truck service and street furniture, such as public toilets. (Credit Image: © Cris Faga/NurPhoto via ZUMA Press) 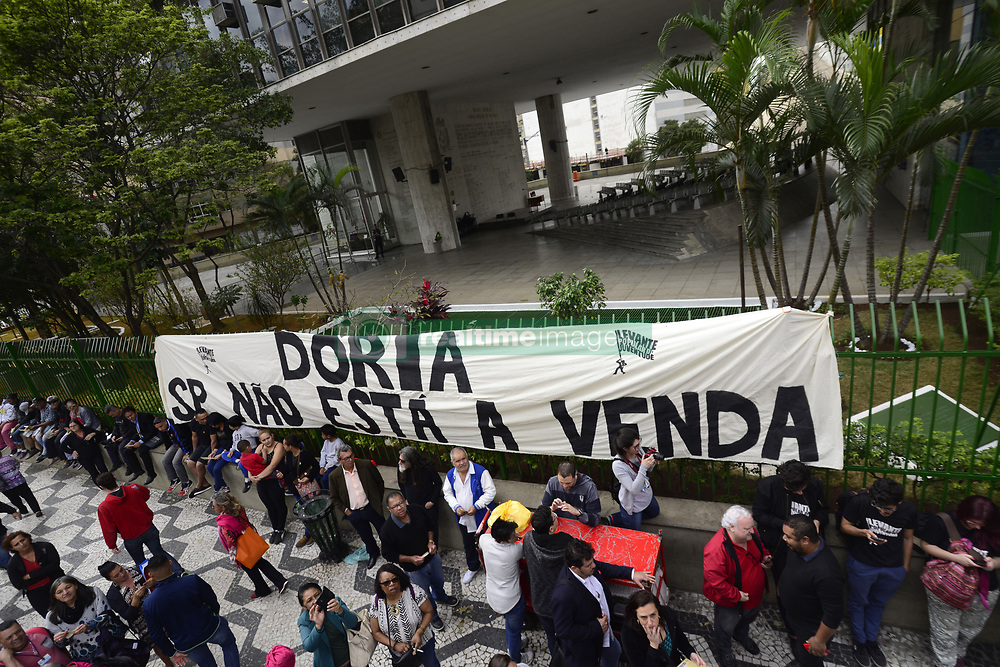