April 16, 2018 - Burlington, IL, USA - Prairie View Elementary School music teacher Nathan Etter gets a hug from Tristan Schwarz, 6, after he spoke on Monday, April 16, 2018 to members of the School Board at Central Middle School in Burlington, Ill. Etter was looking from an apology after he was reportedly told to ''stick to the curriculum'' after he talked to students about being in a same-sex marriage. (Credit Image: © Nuccio Dinuzzo/TNS via ZUMA Wire) 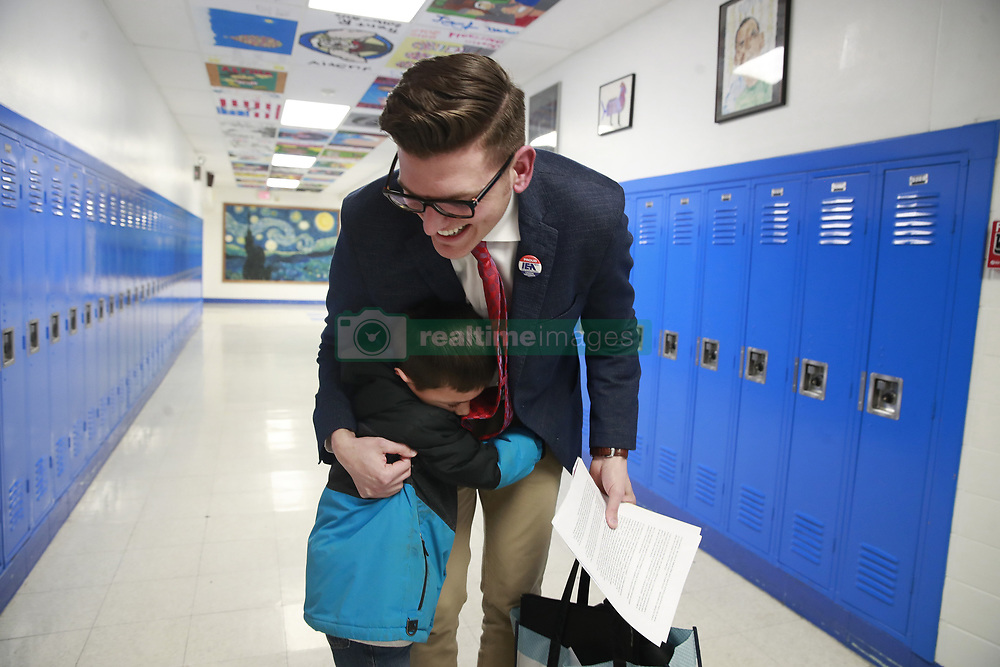