RELEASE DATE: July 1, 1983
MOVIE TITLE: Stroker Ace
DIRECTOR: Hal Needham
STUDIO: Universal Pictures
PLOT: Stroker Ace, a champion NASCAR driver, is standing at the top of his career, but is getting fed up with having to do as he's told. In between rebelling against his sponsor (a fried chicken chain)'s promotion gimmicks (like making him dress up in giant chicken suit) he spends the rest of the movie trying to bed the buxom Pembrook
PICTURED: BURT REYNOLDS as Stroker Ace and LONI ANDERSON as Pembrook Feeney
(Credit Image: © Universal Pictures/Entertainment Pictures/ZUMAPRESS.com) 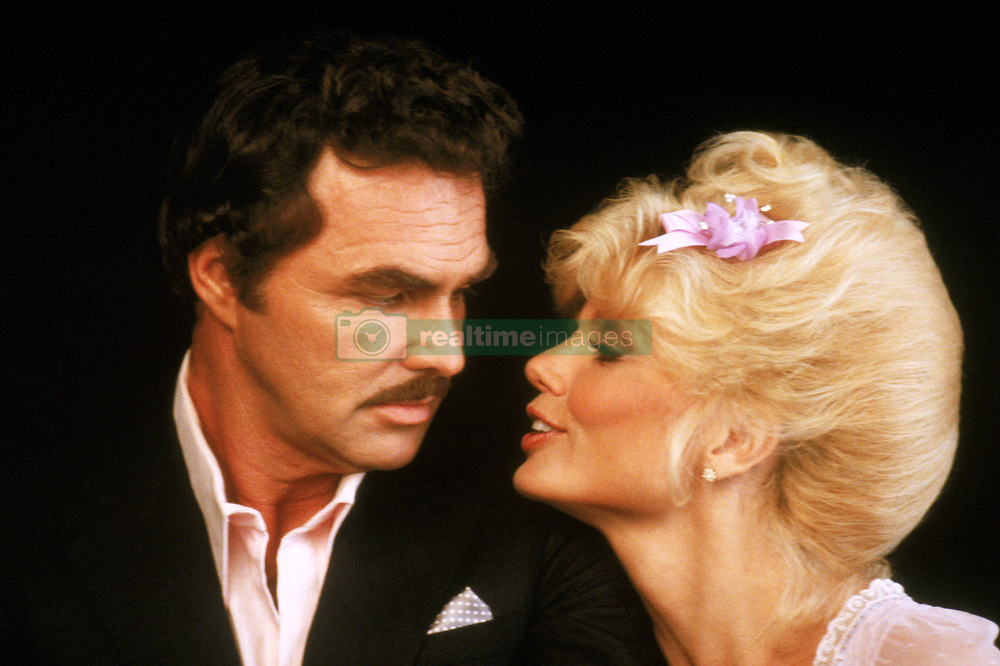