June 10, 2017 - London, UK - London, UK. 10th June 2017. A man holds up a poster about the DUP at the rally in Parliament Square with speeches, music and dancing celebrating the remarkable performance against all the odds made by Labour led by Jeremy Corbyn in the General Election. They call for support for him inside and outside the Labour Party and for the fight for Labour values to continue and for all Labour MPs to get behind a leader who has shown he can grow the Labour vote. Speakers called for Theresa May to go, and expressed disgust at her making a pact with the far right DUP with its bigotry and close connection with paramilitary terrorism. Peter Marshall ImagesLive (Credit Image: © Peter Marshall/ImagesLive via ZUMA Wire) 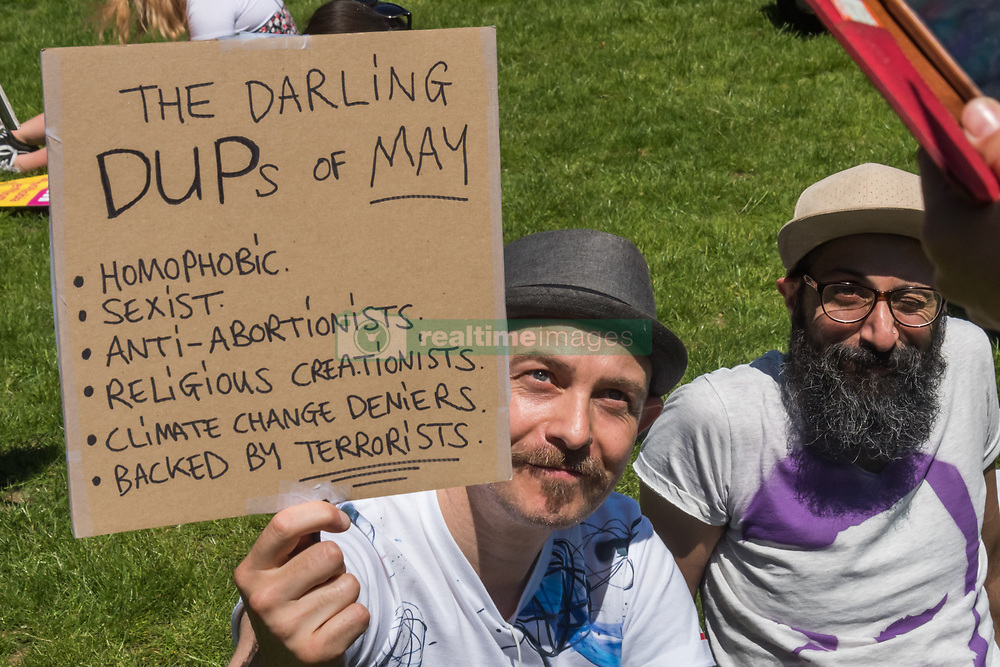