April 28, 2018 - Semporna, Sabah, Malaysia - GE14 Nomination Day is a washout in Semporna, but the rain doesn't stop supporters to go outside and support their party..The Malaysian general election is going to take place on 9th May with 3 candidates taking part, the elected candidate will be the next Prime minister for Malaysia..The longest ruling political party Barisan Nasional (the National Front) which has been in power since the formation of Malaysia in 1963 will meet an important opponent this year knows as the Opposition Party Warisan Sabah with a much stronger foothold for GE14 than in former elections. Malaysia's GE14 looks set to be a choice between a right wing status quo and a more realistic center left bid for change than has been seen since the country gained independence from the British. (Credit Image: © Elizabeth Fitt/SOPA Images via ZUMA Wire) 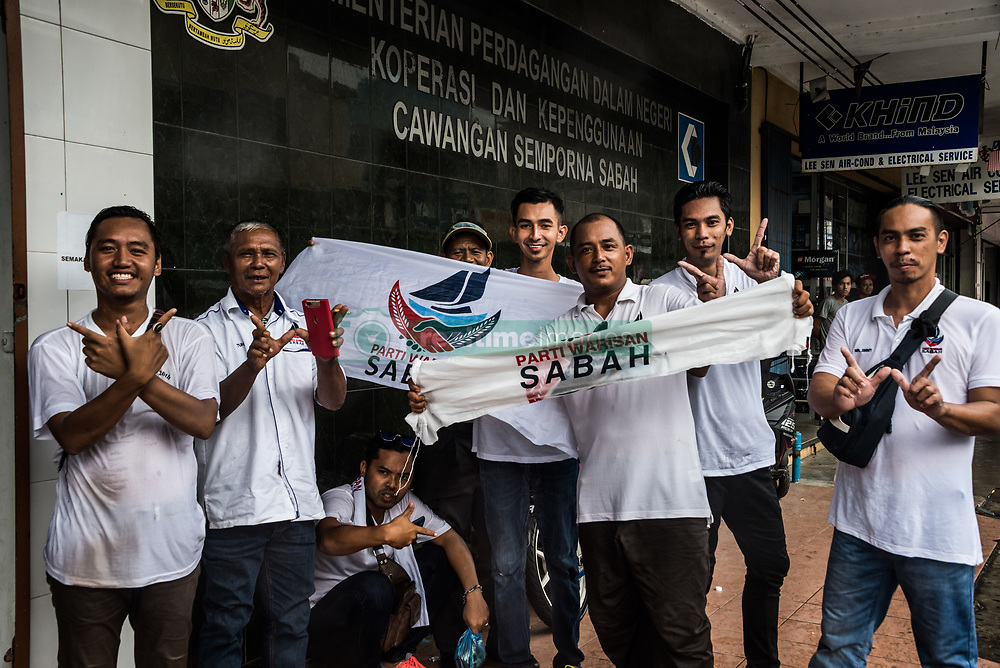