February 6, 2018 - Srinagar, Jammu and Kashmir, India - Two cops were killed when the militants attack escorting police party at SMHS hospital..Officials said that a group of police officials were escorting the prisoners at SMHS during which the militants from outside the hospital attacked the police party. Deputy Inspector General (DIG) Central Kashmir Range, Ghulam Hassan Bhat informed the reporters that one among the policemen was killed in the attack while another is undergoing treatment, later he was also declared dead by the officials. .The slain cops were identified as Head Constable Mushtaq Ahmad and Babar Ahmad. He said that one among the prisoners who were taken to the hospital for treatment escaped. He was identified as Naveed alias Abu Hanzullah from Pakistan, who was arrested in 2014. (Credit Image: © Muzamil Bhat/Pacific Press via ZUMA Wire) 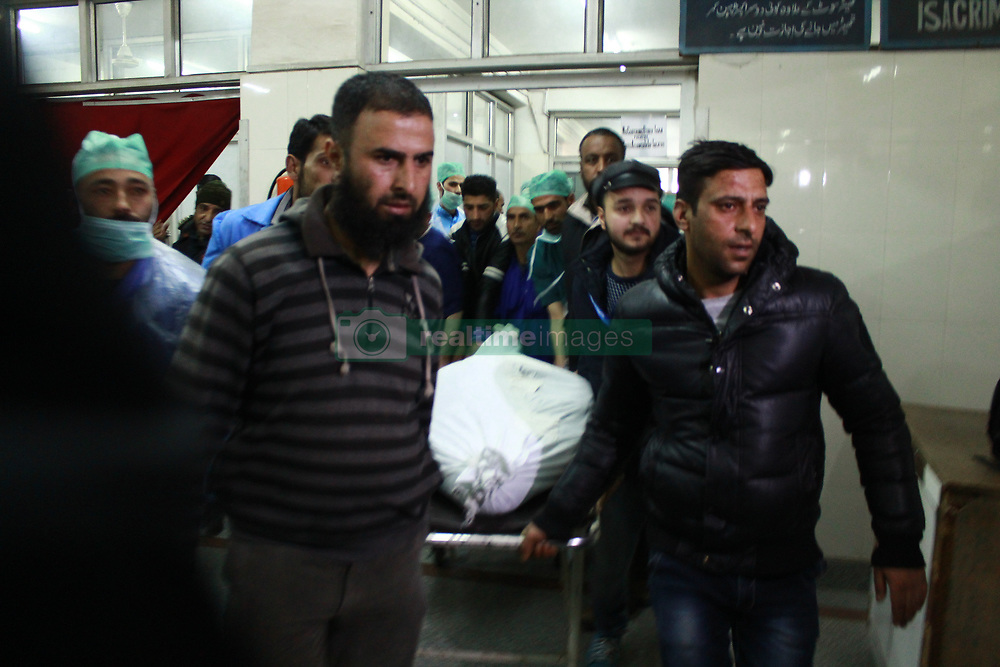