April 27, 2017 - Berkeley, California, U.S - Alt-right videocasters LAUREN SOUTHERN and BRITTANY PETTIBONE broadcast from the sight of an alt-right ''MAGA'' rally at Berkeley's Civic Center Park. Conservative media personality Ann Coulter had originally been planned to speak at the University of California-Berkeley but her speech was cancelled when she and the university couldn't agree on a date and time. (Credit Image: © Jeremy Breningstall via ZUMA Wire) 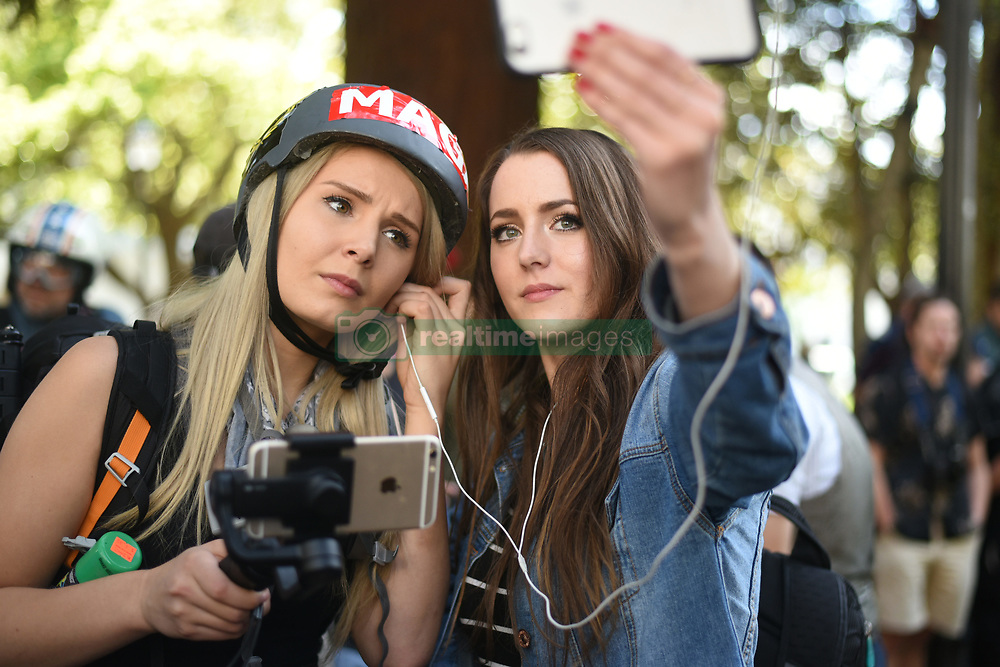