Armed police on the River Thames in London

May 24, 2017 - London, London, UK - LONDON, UK. A reguar marine police patrol boat follows officers from the Metropolitan Police, including some armed officers board RIBs (Rigid Inflatable Boat) this morning as they leave their base on the River Thames. The Marine Police Unit will be carrying out training exercises on the River Thames today, as the Metropolitan Police Serrvice has confimed it has increased police numbers in the capital in response to the increased terrorist threat. (Credit Image: © Vickie Flores/London News Pictures via ZUMA Wire) 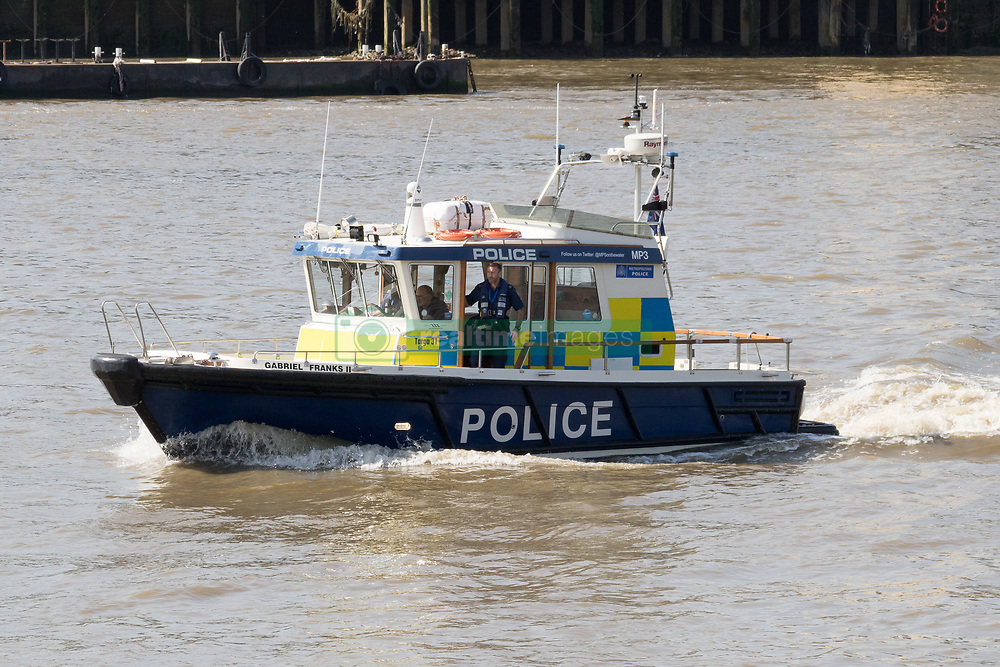