Donald Trump's golf clubs that he used more than 10 years ago at his golf course in Bedminster, New Jersey, are going up for auction

Donald Trump’s old golf clubs are going under the hammer. Boston-based RR Auction is hawking TaylorMade clubs that the U.S. president used at his golf course in Bedminster, New Jersey, more than 10 years ago. Trump had previously gifted the sports equipment — which is engraved with “D. Trump” — to his personal caddie Andrew Lombardo and now the auction house is hoping to sell them for around the $30,000 mark. From 2004 to 2008, Mr Lombardo served as Assistant Caddie Master and Director of Outdoor Operations while employed at Bedminster, caddying for Trump over 100 times from the day the club first opened until his resignation in 2008, including twice during the filming of The Apprentice. “I knew the first set of irons were special and so beautiful, they were the only set of forged blades, the first set that TaylorMade gave to Mr. Trump and the only set that had (D. Trump) engraved on them,” said Lombardo in a letter of provenance.  According to Lombardo, Trump — who is an excellent golfer with a 3 handicap and owns 17 golf courses worldwide — exclusively used these irons for a two-and-a-half month period while playing with and against a variety of celebrities, powerful businesspeople, and golf professionals at Bedminster.  The Fine Autographs and Artifacts Auction from RR Auction began on June 26 and will conclude on July 12. 03 Jul 2017 Pictured: Donald Trump's golf clubs that he used more than 10 years ago at his golf course in Bedminster, New Jersey, are going up for auction. Photo credit: RR Auction/ MEGA TheMegaAgency.com +1 888 505 6342 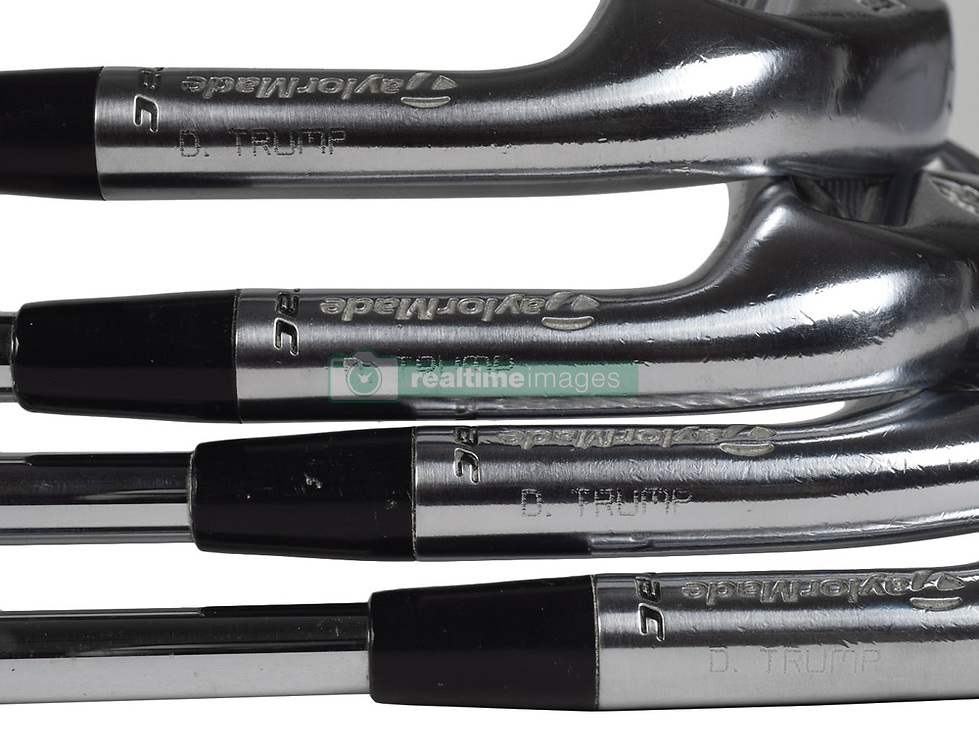