Graduation ceremony for officers in Gaza

April 29, 2019 - Gaza City, Palestine, 29 th April 2019. The General Directorate of Training of the Gaza Ministry of Interior organize a graduation ceremony for the qualification of officers titled ''The regiment for the triumph of the captives'' in the presence of Major General Tawfiq Abu Naim, the Undersecretary of the Ministry and the General Commander of the Internal Security Forces in Gaza, at the directorateâ€™s headquarters in the Ansar area, west of Gaza City (Credit Image: © Ahmad Hasaballah/IMAGESLIVE via ZUMA Wire) 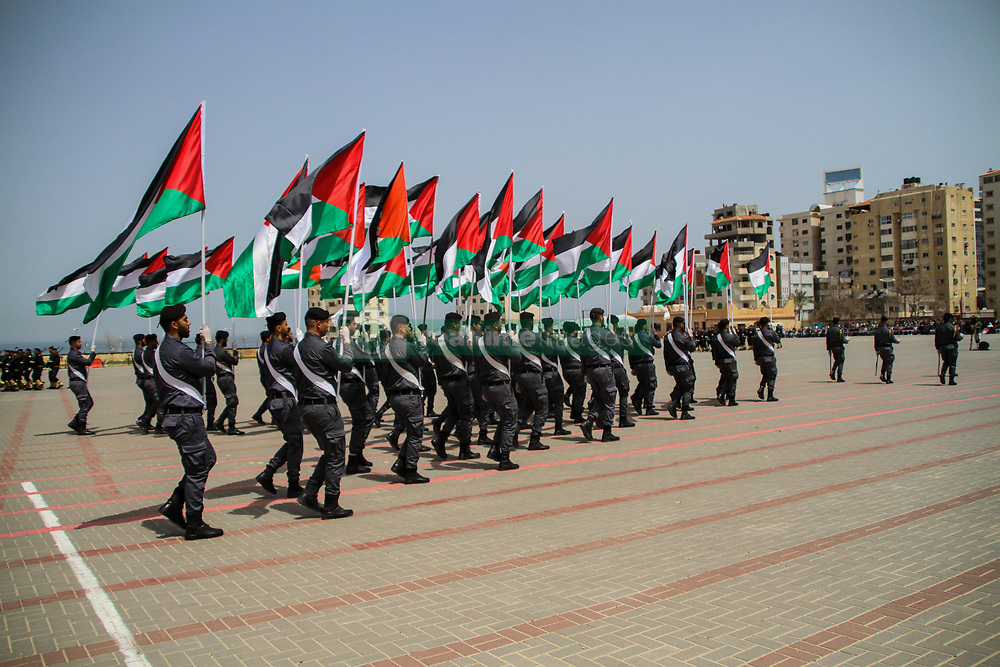