The opening of the first solar power plant in Chernobyl

October 5, 2018 - Kiev, Ukraine - A general view of the first and world's only solar power plant 'Solar Chernobyl' in front of the 4th nuclear power block during an opening ceremony on the territory of the Chernobyl Nuclear Power Plant in Pripyat, Ukraine, 05 October 2018. 'Solar Chernobyl' is a joint project of Rodina â€“ Enerparc AG Consortium founded in 2013. The project objective is implementation of renewable energy projects in the areas that were demolished by the Chernobyl catastrophe.Solar Chernobyl Power Plant with a capacity of 1 MW is located on the industrial site of the Chernobyl Nuclear Power Plant, 100 m from the confinement of the 4th nuclear power block that exploded on 26 April 1986. Annual production capacity of Solar Chernobyl is 1024 MWh/year. Starting from 1 July 2018 SPP Solar Chernobyl sells the power produced within feed-in tariff policy. 18 years later after decommissioning of the Chernobyl NPP back in 2000, the first kWh are supplied to the United Energy System of Ukraine. (Credit Image: © Serg Glovny/ZUMA Wire) 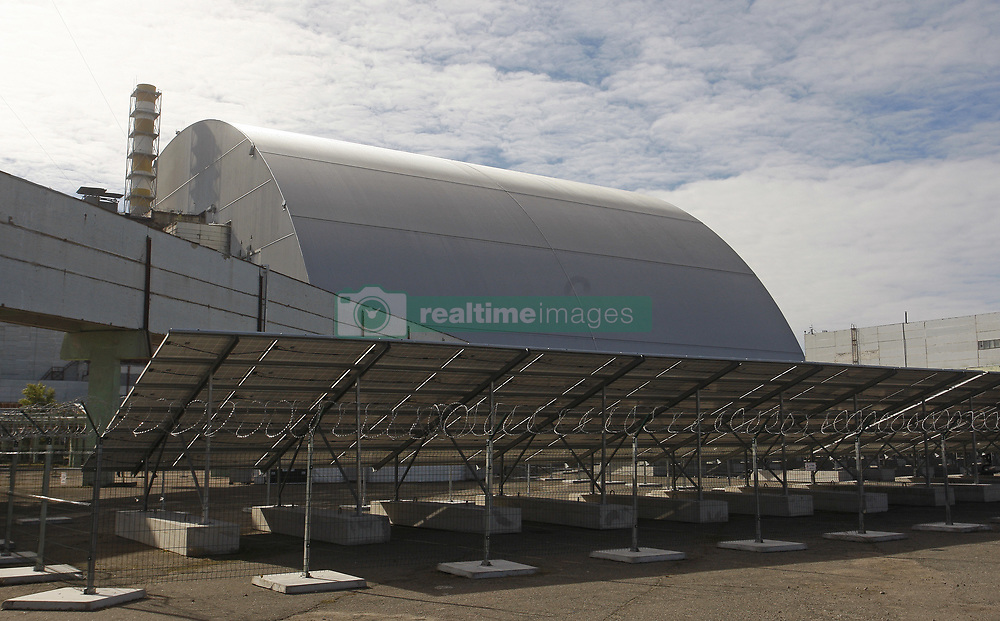