'Let us all unite' Anti-white Supremacist Protest in Tokyo

August 27, 2017 - Tokyo, Japan - A participant holds a photo of Heather Heyer during the standing silent appeal, a hundred people gathered in Shibuya against racism and violence in memory of Heyer under the slogan ''Let us all unite.''Heather Heyer died on August 12, 2017 when a car rammed into a group of people protesting against a white supremacist rally in Charlottesville, Virginia. (Credit Image: © Alessandro Di Ciommo/NurPhoto via ZUMA Press) 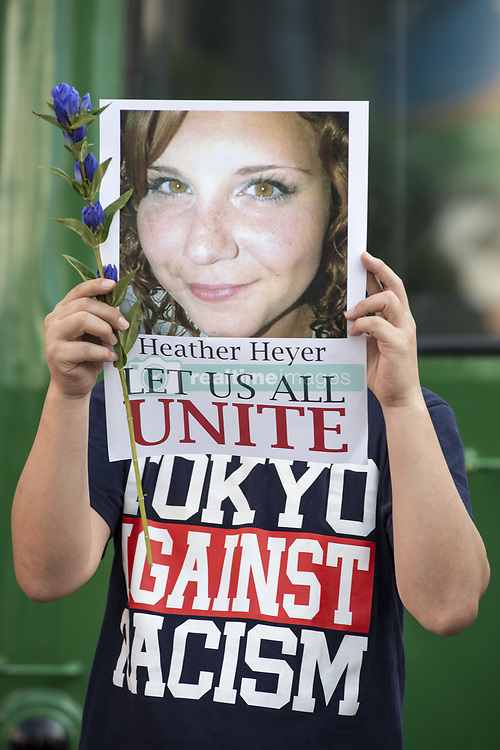