A newborn baby who staged a miracle recovery after being stabbed 14 times and buried alive is to be adopted..A newborn was rescued after he was found buried alive in a field in Wangyai district of Khon Kaen province..The person who discovered the baby, Kachit Krongyut, 53, said she was taking her six cows out to eat grass in the field when she heard voices. Then she noticed there was a spot that looked like it was recently dug up..She felt the soil with her hand and to her shock, a baby's foot emerged from the ground. So she quickly called her family to rescue the baby and send it to hospital..''At first, I thought someone buried their pets alive, but then I saw a foot. I tried to control myself and called for help. The baby was buried with its face facing down,'' Kajit said..Her husband Pornchai, who took part in the rescue, added the baby was buried in a 20 centimeter-deep hole. He noticed footsteps and nearby traces of a motorbike from the possible suspect, and has informed police..Wangyai Hospital doctors said the baby boy appeared to show signs of physical abuse with several bruises on his stomach. His condition was described as stable. Police believe the person who buried the baby was a resident in the area as the investigation is underway.Anupong Khotmanee/Exclusivepix Media (Credit Image: © Exclusivepix media via ZUMA Press) 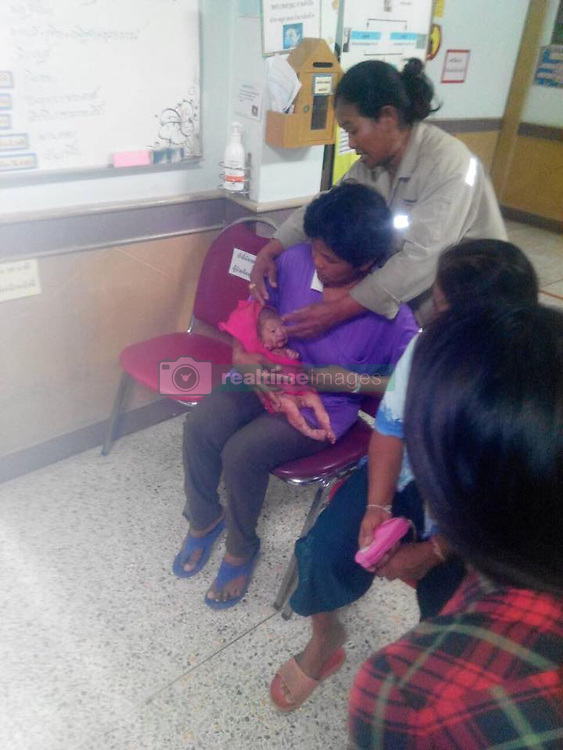