Thai King Bhumibol Adulyadej (L) along with Queen Sirikit wave to their people from the balcony of Dusit Palace in Bangkok, 09 June 2006. Thai King Bhumibol Adulyadej called for unity among his people after months of political turmoil, in a speech to mark his 60th anniversary on the throne. Half a million Thais wearing yellow to honor the King swarmed into central Bangkok hoping to catch a rare glimpse of the monarch on the 60th anniversary of his rule. Photo by Patrick Durand/ABACAPRESS.COM | 99795_25 Bangkok Thaïlande Thailand 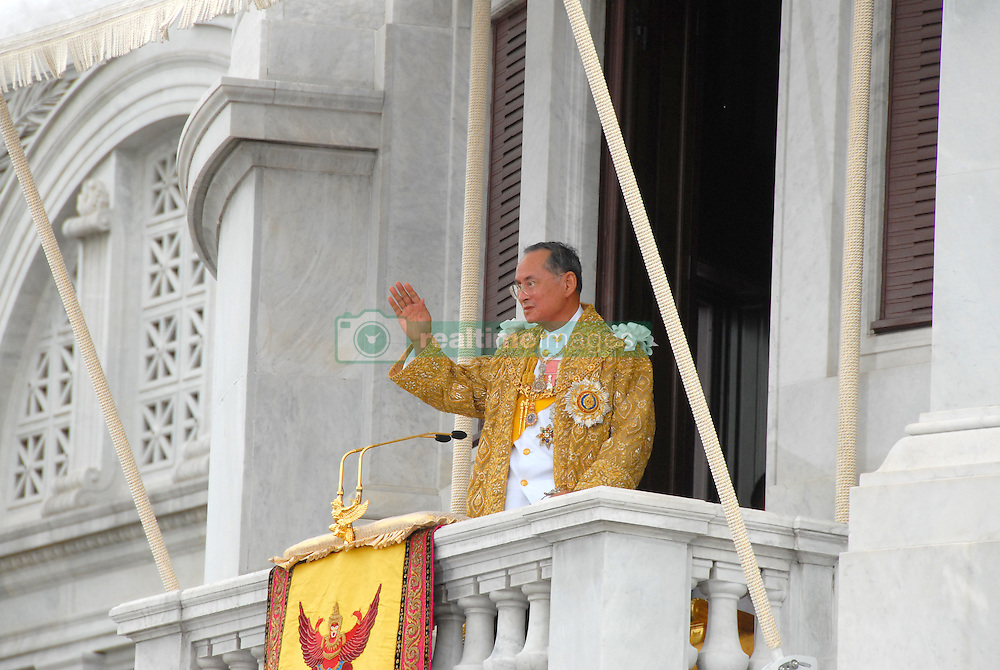