October 4, 2017 - Lahore, Punjab, Pakistan - Chinese engineers busy in work on Orange Line Metro Train at Dera Gujran in Lahore on October 03,2017.One out of 27 sets of orange train reached the Provincial Capital from China and parked at a depot in Dera Gujjran near Ring Road where its official unveiling ceremony is likely to be held on Saturday. As the Punjab government has announced the official launching of metro trains at 27 kilometer track on December 25, the 90 per cent of remaining 26 sets of metro trains are set to arrive here before the inauguration date. (Credit Image: © Rana Sajid Hussain/Pacific Press via ZUMA Wire) 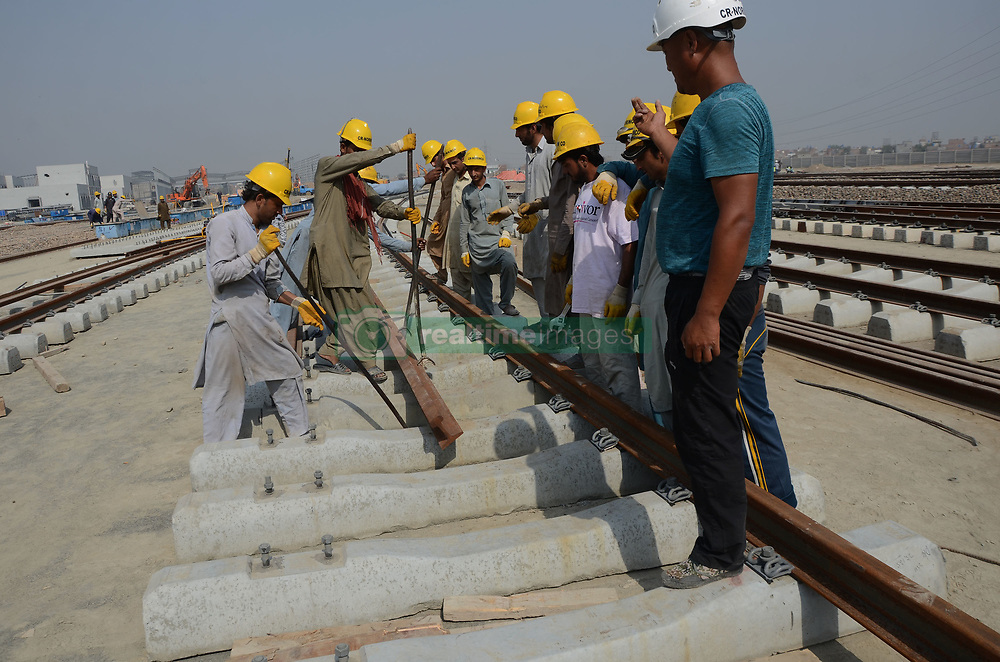