November 11, 2018 - Warsaw, Poland - Members of the National Radical Camp (ONR) and the conservative right wing associations are seen holding flags while praying next to the Polish Parliament before the official march..Days before the Independence Day, the mayor of warsaw, Hanna Gronkiewicza banned the Independence Day march organized by the extreme right wing associations while on the same day, the Polish government announced a state march that would depart from the same place as they banned the Independence Day march. On November 09th The Polish government and the organizers of the march of nationalists agreed to hold a joint march on Polandâ€™s Independence Day. (Credit Image: © Omar Marques/SOPA Images via ZUMA Wire) 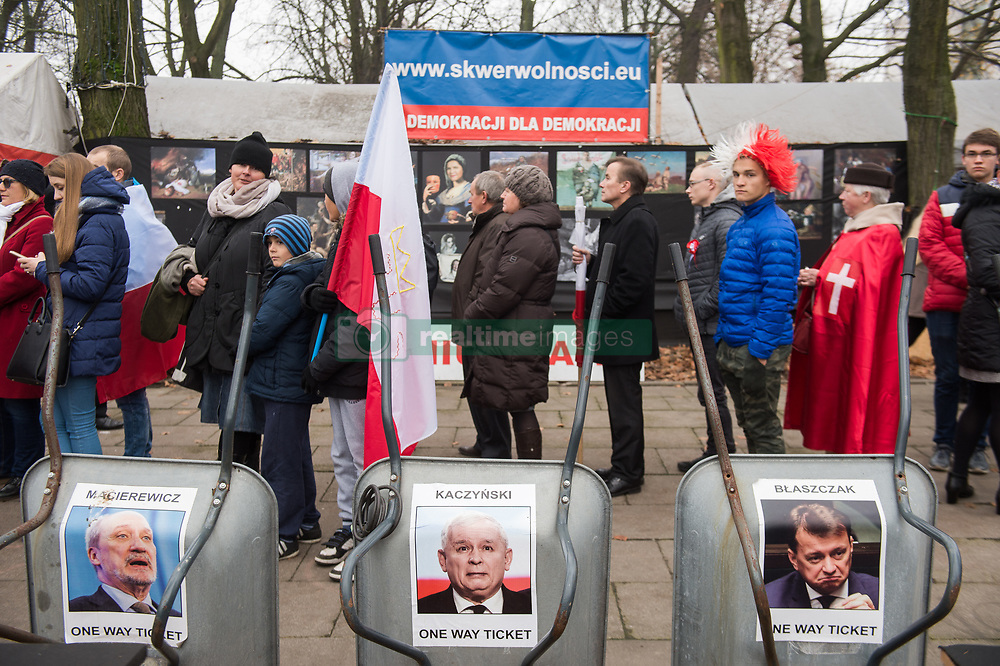