March 22, 2019 - Christchurch, New Zealand: TAJ MOHAMMED KAMRAN, 47, originally from Afghsanstan, has lived in New Zealand for 12 years. 'I love this country. I have always been very happy here,' he said. Taj was shot in the leg during the attack at Al Noor mosque, when a gunman, killed 50 people at the Al Noor and Linwood mosques one week ago. Taj sat in a wheelchair after being allowed out of hospital to attend a Call to Prayer service in Hagley Park, by the Al Noor mosque. Joining thousands of Muslims and other community members. After prayers, the imam of Al Noor, spoke. 2 minutes of silence were observed nationwide in memory of those killed in the terrorist attack. Later today, 26 of the victims are scheduled, to be buried at Memorial Park Cemetery. (Credit Image: © PJ Heller/ZUMA Wire) 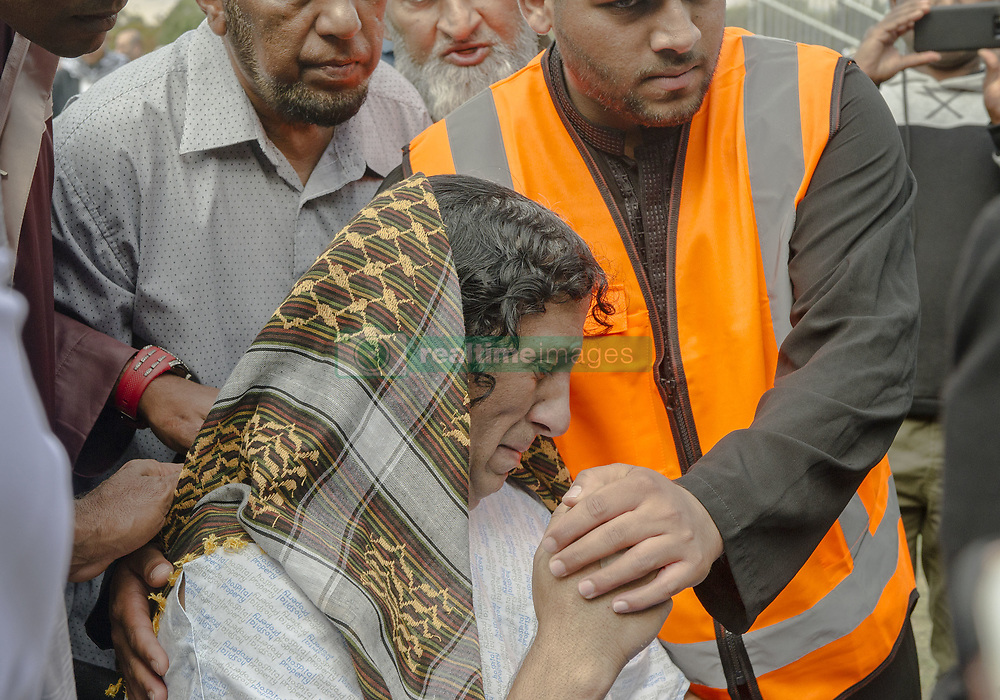