'Insieme' (Together) , a new italinan coalition of left-center parties

July 1, 2017 - Rome, Italy, Italy - Former mayor of Milan and leader of Progressive field movement ,Giuliano Pisapia speaks during a demonstration held by the group ''Insieme'' (Together), a new coalition of left-center parties, on July 1, 2017 in central Rome. The goal of the coalition ''Insieme'' is to build dialogue, autonomous from Democratic Party leader Matteo Renzi, but also to speak with the electors and to give the progressive electorate a reference. (Credit Image: © Andrea Ronchini/NurPhoto via ZUMA Press) 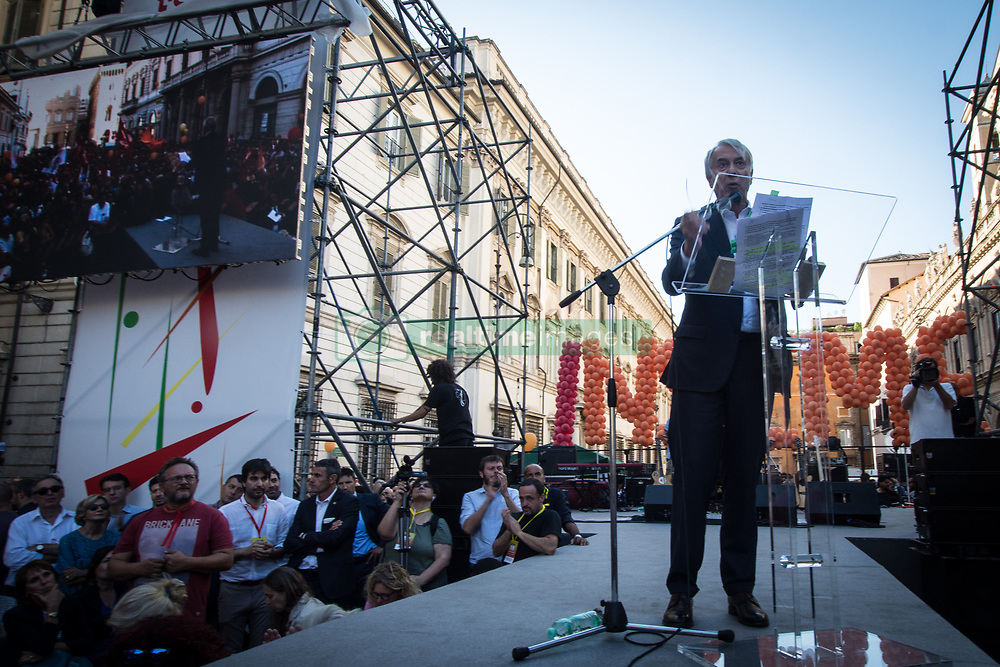