FILES - Algerian President Abdelaziz Bouteflika and Deputy Minister for National Defense and Chief of Staff of the People's National Army (ANP), Ahmed Gaid Salah attend an event in Algiers, Algeria, 27 June 2012 (issued 26 March 2019). Official Algerian media reports state Salah on 26 March called for the implementation of Article 102 of the Constitution to end the current political crisis in the county, which allows the Constitutional Council to declare the position of president vacant if the leader is unfit to rule. Protests continue in Algeria despite Algeria's president announcement on 11 March that he will not run for a fifth Presidential term and postponement of presidential elections previously scheduled for 18 April 2019 until further notice. Photo by Kadri Mohamed/Imagespic/ABACAPRESS.COM 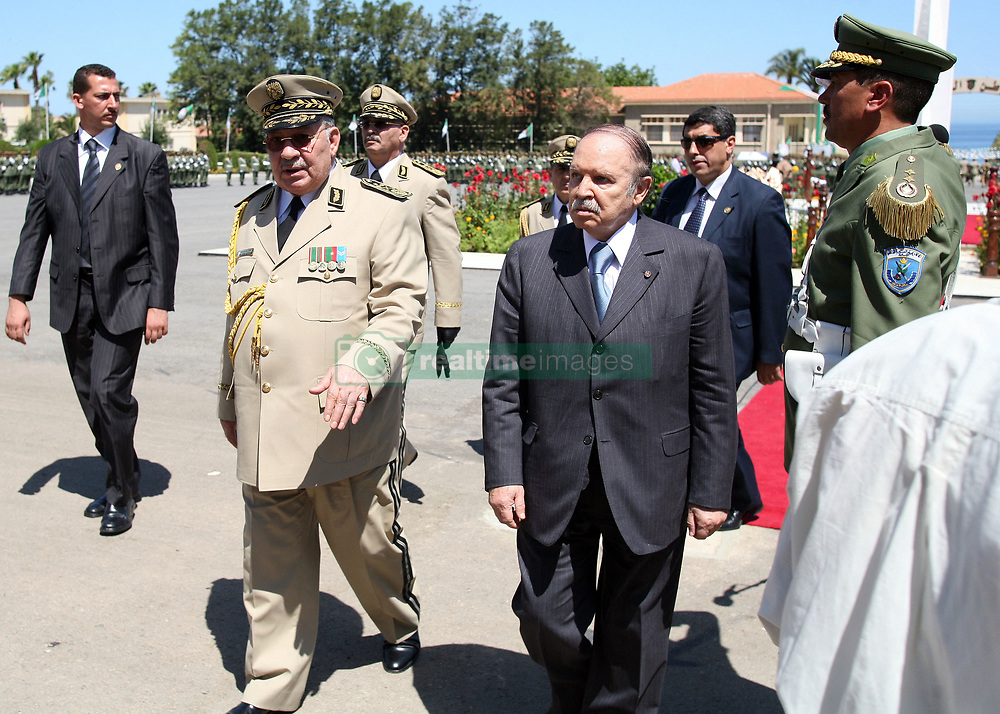